@lucianomoggi wrote:Football is simple there is no need to know much

Marchisio is good, but Hernanes kicks the ball better

Getting this quote tatted on my neck

I think I'm exiling myself from the Juventus section

Been in semi retirement for years for a good reason

Hard to argue with it tbh.

@Tomwin Lannister wrote:Been in semi retirement for years for a good reason

Well apparently I didn't get your memo bruv

@Tomwin Lannister wrote:Been in semi retirement for years for a good reason

Well apparently I didn't get your memo bruv

They are usually called " marks ".

@halamadrid2 wrote:Lmao tempted to do a lucianomoggi search on the forum in order to read all his posts

@Adit wrote:
A year ago means *bleep* all in football. A year ago Newcastle was in epl and better than Middleborough now they are in championship with Benitez

BVB have better CL record than Juventus recently. I don't see anyone classifying them in that wide assist bracket.

Can't take you seriously anymore, after this post, as you clearly don't think before speaking.

Not only that but in the only direct game, Juve won 5-1 on aggregate. 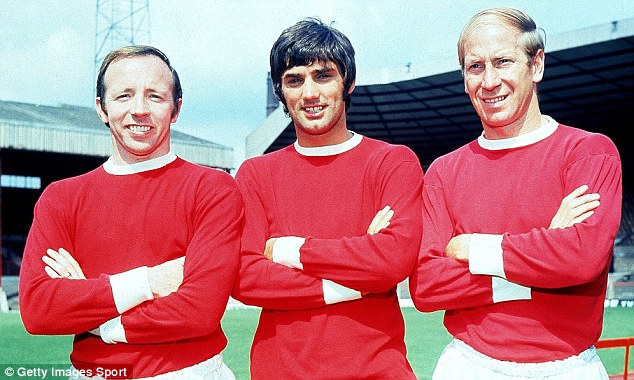 azzurres' response to my friend Arq's post was in 2013 (when I found it) , the best GL post I have ever read. And it still is for me. The Suarez vs Evra saga was a very tough one, though I didn't took part of it because I wasn't a member of GL.

Hope you come back azzurres!

@Arquitecto wrote:Hilarious, absolutely hilarious. Here are United fans who each and every single one of you came with paltry, pitiful and fallacious arguements did not convince a SINGLE user who was informed of the reports

And now here are you posters hiding within your lair sniggering in the background and laced with irony and pure and utter hypocrisy.

Get over to the GS thread and try again while Che, red, PS and me for that matter will completely rip apart your weak debates as we already have to the others.

@jibers, you think Espana is racist? I actually live there and can tell you only stereotype is the problem while the ultras are the exception.

Why is it that England is known most for it's racism along with the adeptness of the media on covering their bullshit.

Take all this nonsensical guff to the GS you lot.

Ah the condescending tone of Arquitecto. A great poster, who goes mental when it involves Liverpool.

I guess you saw how pretty much dead is our section. I am sure I am not the only one here, but I am too *bleep* lazy to bother replying in this forum populated with teenagers. I enjoy lurking, reading the drama and everything but that's it.

Why would you expect us to go into general section ? There is like 2 Utd posters, Devil and Jibers; the rest of us are watching.

I bothered once in the Suarez saga, it was when you were saying it is not the first time Suarez played the race card. I proved you wrong and you actually showed humilty and agreed you should have looked for more information about this. Props to you, no irony or sarcasm there.

I, and I guess some of the part-time posters here, didn't went into that 30 pages thread ( seriously, 30 freaking pages; to reply intelligently you would need to read all of it, pfff too long, even at 10 pages I was not motivated) for this reason: we don't care.

I do not know Evra, I do not know Suarez, but I enjoy seeing him getting banned. This is football, every advantage we can have is good, and why wouldn't we laugh when it is a Pool player in the eye of the storm ?
I don't care if Evra is a crybaby (which he is, don't get me wrong), and I absolutely don't care if Suarez is a racist (which I think he isn't, he's just dumb and I can totally see him harassing Evra just to force him into an error).

I will not try to pass as a moral person, because I am petty concerning Football, like pretty much the majority of this forum. Arsenal gets stomped 8-2, everyone laughs. Utd 1-6 City ? Same. Suarez banned 8 months ? Man, that did make my day.

There is nothing to be said of this case. Until FA comes with proof this is just an amusing thing for us Utd fans. Why would we even agree with the FA who has been *bleep* us for ages. Rooney getting a 3 match ban for swearing when camera catch a player doing the same every hour. They do not follow logic, they just want to make a statement.

You guys have just raised it to the next level by blaming it all on United. I laugh at the conspiracy theories, Ferguson leading the FA by its nose. Honestly, you are a reasonable perso, do you agree with the Pool fans who thinks SAF is the godfather of English Football ?

Don't include us in your "war" (rofl seriously, that Sepi saying it's a war against the FA now, made me chuckle at the ludicrosity of the term).

I see a 30 pages thread with kids fighting at each other, analysing the word "negrito" in every sense, well no sir, this is too much hassle.
I see a thread "justice was served" with few posts, damn yeah I will join the drama and show my joy at this decision.

Now, I gave you a reason why we are hiding in our lair; take it or not I do not really care and probably won't reply back as this post far exceeded my monthly quota, but maybe you can now start relaxing, stop seeing United as the enemy of all life and actually understand that this is far more enjoyable for us than a huge ass thread.

I will then lift the rock from where I was hiding and go back to sniggering. "Hope he gets an extended ban after his finger jab at the fulham fans!"

P.S. The "come in the GS and we will destroy you with me and my pals". It is ridiculous and you should probably just stick at your general knowledge and good writing, instead of trying to play the boss on an internet forum. Tis' not sexy at all.

Yet another annotated microcosm for where these clubs are right now.

On the plus side.....I'm really digging the Joe Hart move to Torino.

Wilshere is thrice the player Witsel is

how do you know that. you have only seen wilshere play 4-5 times

@Lucifer wrote:Has been the best Hazard for some time now.

@Lucifer wrote:Has been the best Hazard for some time now.

@Lucifer wrote:if u find this cringe imagine the Christmas dinners at Hazard family.

@MJ wrote:Song looked terrible at first but that doesn't mean Frimpong will develop better than him.

Coquelin is more of a finesse DM and is pure class when it comes to tackling, Frimpong is more of a bruiser but imo they both have similar potential, very high. Coquelin will become a mainstay in the Arsenal XI in like, December 2014, at which point he'll oust Flamini from the lineup (btw we'll sign Flamini again I think) and he'll become one of the league's best DMs. Think he'll put in a world class performance vs Man City in early 2015, earning himself a new contract. He'll help us win our second consecutive FA Cup and Community Shield (btw we'll win the FA Cup and Community Shield I think) but suffer an injury in the first half of the 2015/16 season, leading us to sign Mohamed Elneny in January 2016.

@Don't call me James wrote:Wait so where is the edit line that shows he edited.

@Great Leader Sprucenuce wrote:It's blatantly edited lol, still amazing that he came into this thread on the sly since 2012 looool.

@MJ wrote:omfg I completely forgot I did this. Past me is an utter ledge. All hail me

Don't listen to the non-believers, MJstradamus is the real deal. Anything else is just hereSri.

Man, reading this thread over and I actually found quite a few were genuinely funny as hell. Also, Hala knowing the truth all along.

@halamadrid2 wrote:lol Falcao was non existent for Atleti for nearly the whole of the second half of the season. besides higuain is better than both

Higuain better than Falcao and Cavani

Page 34 of 35
Permissions in this forum:
You cannot reply to topics in this forum
Latest topics
» The Official Winter Transfer Rumours Thread