Hello and welcome to the "Transfer Target Profiles" brought to you by your very own Superman.

Arsenal is no stranger to rumors and gossip when it comes to transfer season and it gets very hard to know all of the players we're linked with and it's even harder to pronounce their names! I'm here to give you a summary of the players career and my opinion on their potential and how'd they fit upon their arrival to Arsenal. Every few days I'll review one player upon request. Today's lucky boy is... :

The graceful German.
Lewis is a twenty one year-old German who plays for Schalke. He started out at Sparta Gerderath at the age of four, but quickly ended up at Moglendach, who released the player because he was "too small" and "too slow" . He signed to Alemannia Aachen and it didn't too long for Schalke to sign him, and loan him out for two seasons. He recently "exploded" and featured for 27 games and scored six goals and made one assist.

Herrlich, the then coach of the German U18 team, called up Holtby in 2007. He went on to make five appearances. Holtby was a member of the German U19 team, he made his debut for the U19's in September 2008 and has been capped twelve times overall. He scored two goals in the U-20 WC. One of which was against Brazil in the quarter finals. On 29 March 2011, Holtby captained the German U-21 team, and scored two goals in an international friendly against Italy. He also came on for the full team against Azerbaijan making him eligible only for Germany, despite being able to play for England if he had chose it.

Mr. Holtby is very balanced on the ball and is quite elegant. He can pick out a great pass and has consistently good crosses. He's a pretty good dribbler and is tall but doesn't quite use his height to his advantage as often as he should, he is good in the air though. Technically, he is excellent and would have little problem adapting to Arsenal's game, which is probably why he admires it. He doesn't track back as much as he should but presses when he gets the opportunity. He is very creative and drifts a lot. He is most reminiscent of Cesc IMO. He also has a fantastic turn of pace and has very large strides when he's running but can reduce them significantly when he's dribbling which is very hard despite seeming easy.

Lewis has been nicknamed Lucky Lewis, or just Lucky by the German media. Lewis said: "My father was born in England and was a Everton fan since the age of five. He immediately infected me with the Everton virus since then I have been a Everton fan and have always followed their games.". That is a good sign as that means hes seen the 6-1 thrashing we gave Everton (Hah!) and understands how we play as well as having a great understanding of how the Premier League works. 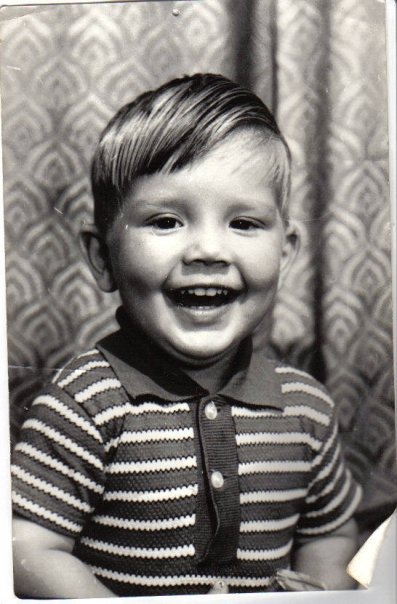 The probability of Lewis arriving at Arsenal is mixed to be honest. He has given his signal to Wenger that he would come with open arms, but a number ten in a team that has Arteta, Wilshere, Ramsey, Rosicky is doubtful. You must also consider we have Eisfield in the reserves and a few other young gems (I'm looking at you Ebicilio). However, he does hold a great amount of potential and would be a great addition if he gets here.

Now if he did arrive, I doubt he'd break in the first-team on his first season. However, he would give us another option different from the mazey dribbling of Rosicky and the dribble and short pass our other defenders offer by giving us a special eye for the pass and a great eye for the goal. He has three other Germans on the team, including two potential mentors with Per "The Big F*ckin' German" Mertesacker and Lukas "Godolski" Podolski and a potential friend in Thomas Eisfield. He has very good inspiration with Czech captain Tomas Rosicky and very good motivation with the recent cases of Jack "The Ripper" Wilshere & Cesc Fabregas. He also understands our game and follows the premier league as previously said.

Rating this transfer if it goes through (Ignoring transfer fee): 7.7/10

Catch me in a bit covering another players profile!

Great Work Ali
3.1 interceptions per game and 2.6 Tackles per game is impressive and indicative that even if he doesn't track back as Ali said he will make sure to regain the possession for his team

Manchester United have been keeping tabs on CSKA Moscow star Alan Dzagoev for some time and Sir Alex Ferguson considered a move for him in January 2012, while Arsenal and Chelsea have also been linked with the player before. He would appear to fit the Arsenal mould perfectly, while Chelsea's owner will always be interested in Russian talent. Figures in the region of £10m-plus have previously been suggested, but Dzagoev's current contract with CSKA reportedly expires at the end of 2012, so he could be in line for a cut-price summer transfer, if not become a bargain free in January 2013. Dzagoev is said to favour a move to Spain, but with the Spanish economy not exactly robust at the moment, he may prefer to swap the Russian Premier League for England, instead.

1) Dzagoev grew up in the small Russian region of North Ossetia and was encouraged to take up the game by his football-mad mum, Lyana, who moved the family to the city of Vladikavkaz where 10-year-old Alan could play a higher standard of youth football. At 15 he was spotted by a coach from an academy (that is now sponsored by Chelsea owner Roman Abramovich) and moved 22 hours drive from Vladikavkaz to continue his football education.

2) Dzagoev made his professional debut aged just 15 for second division team FC Akademiya Tolyatti, which uses players fed through from the academy. After 37 appearances for Tolyatti, he then signed for CSKA Moscow in 2008 and won the Russian Premier League's Young Player of the Year award at the end of his first season.

3) He went on to become the youngest outfield player to earn a cap for Russia, thanks to the country's then manager Guus Hiddink providing his international debut against Germany in 2008. Despite the obvious honour, after losing 1-0 Dzagoev said, ""It would have been a good day only if my shot had gone in and we had drawn."

4) Roman Abramovich is reported to have requested that his scouts step up their pursuit of Dzagoev in 2010, but as his form dropped and his attitude was called into question, Chelsea's interest tailed off.

"The most talented young footballer in Russia."
-Andrey Arshavin

"Dzagoev plays football not for fame and money, but because football is his life. It is rare today that a victory is more important for a player than the prize money for it, but with Alan, that is exactly the case."
-Dzagoev's academy coach Igor Rodkin

"A really clever player with the ability to make a killer pass and stretch the play."
-Guus Hiddink

Arsenal frequently sign Holtby on my FIFA 12 career seasons. Is it meant to be?

Page 1 of 1
Permissions in this forum:
You cannot reply to topics in this forum
Latest topics
»  Champions League 2022/23 | Group D

Today at 9:00 pm by Robespierre

Yesterday at 6:04 pm by titosantill