Inter want Forlan out too

Hours after negotiating a termination of Lucio’s contract, reports are suggesting that Inter are keen to cut ties with Diego Forlan.

The Uruguayan only joined the Nerazzurri last summer, but experienced a disastrous campaign devoid of goals and peppered with injury and positional changes on the pitch.

The player is reportedly keen to stay with the club to prove himself, but reports today have been building that Marco Branca has held talks with him with the intention of his exit. It is understood that Inter are also looking to take this action without paying the 33-year-old any compensation.

Spanish club Atletico Madrid made contact with Inter on Thursday in a bid to understand the transfer status of Giampaolo Pazzini.

According to the Gazzetta dello Sport, the Liga outfit got in touch to enquire about a possible bid for the Italian.

Pazzini, 27, had a problematic 2011-12 campaign given that he scored just five goals in 33 League games for the Nerazzurri.

The January 2011 signing from Sampdoria has also been linked with Fiorentina, Lazio and former club Doria.

these are some good news

Would you guys take 8m for Maicon?

Personally, I think it is a fair offer.

if the rumors are true Madrid offered Sahin in exchange for Maicon and thats an offer we shouldnt refuse if its true. Inter's asking price is 10m and i assume we wont take less since there are 2 other teams asking for him

I'd like to get at least 10 for Maicon...with a little luck maybe we could swing 15

From the Chelsea end it sounds like 8m will be the max from us.

You won't get any more than 10 for someone of his age on the last year of his contract.

Forlan to leave in 48 hours

Diego Forlan is reportedly on the verge of leaving Inter in order to join Brazilian club Internacional.

The 33-year-old striker has spent just one year at San Siro and disappointed this season, missing some great scoring opportunities.

Forlan is one of several Inter players the club is eager to shake off its wage bill going into next term.

According to El Pais newspaper, Forlan has already reached an agreement with Porto Alegre side Internacional.

The transfer could even be completed within the next 48 hours.

There had also been some reports that Milan were interested in poaching the Uruguayan international.

Also the Sahin swap rumors are bs...Lets not lower ourselves to the level of delusion of Milan fans

Well Madrid did bid 26 mill for him 2 years ago

Inter rejected and asked for 33 and we back off

Despite pledging his future to the club at the end of last season, Dejan Stankovic is the latest Inter man linked with an exit this summer.

The Nerazzurri are undergoing a period of transition this summer as they look to freshen up the playing staff as well as reduce a still sizeable wage bill.

Brazilian defender Lucio rescinded his contract on Friday, whilst goalkeeper Julio Cesar and forward Diego Forlan have also been linked with departures.

Stankovic is the latest who is said to be heading for the door, as West Ham reportedly consider a move for the 33-year-old.

Sky Sport Italia reporter Gianluca Di Marzio is suggesting that the newly-returned Premier League outfit, who were paired with Clarence Seedorf last week, are interested in the Serbian international.

Inter are believed to be open to handing the midfielder over to the London side, but a stumbling block may come in the €2.5m salary that Stankovic is currently on.

i hope all these rumours become true, we must get rid of all these players, but still im decieved that chivu extended his contract

Reports in Italy are suggesting that European champions Chelsea will sign Douglas Maicon from Inter this summer.

Real Madrid are very interested in the Brazilian right-back, but it is being claimed that the Premiership club will net him in an €8m deal.

Inter seem to be making plans for a future without Maicon after Parma revealed that the Nerazzurri won’t release Jonathan.

The 2011 summer signing moved to Parma on loan in January from the Nerazzurri, but he’s been recalled to San Siro.

Who is this cost-cutting, fat-trimming, old player slaying financial wizard who is suddenly making the moves I have asked for all along?

BhritanniaBhlue wrote:Who is this cost-cutting, fat-trimming, old player slaying financial wizard who is suddenly making the moves I have asked for all along?

Branca: “Tomorrow we will meet with Palermo for Silvestre and probably the player’s agent too. We are close to agreeing a consensual contract termination with Diego Forlan.”

Moratti: "Will Julio Cesar be at the pre-season training camp? We’ll see, there are another six days to go.”

Udinese have accepted an offer from Inter for goalkeeper Samir Handanovic, Sky Sport Italia are reporting.

The Slovenian custodian is of interest to the Beneamata and talks have been on-going between the two sides.

Udinese have allegedly accepted an €11m cash offer from the San Siro outfit, as well as a 50 per cent share of defender Davide Faraoni.

The apparent capture of Handanovic, 27, suggests that Brazilian international Julio Cesar will leave the outfit.

The Nerazzurri are trying to cut their wage bill after failing to qualify for the Champions League. Lucio has already rescinded his contract, while Diego Forlan is also expected to leave.

Handanovic could sign a four-year contract worth €2m a campaign


Great signing if it happens lads

I'd rather just not dump Cesar...And if we do dump Cesar I'd rather just keep Viviano and spend on places which need reinforcing FFS.We have a world class keeper,a great prospect to replace him and we wanna buy a GK.

Although Handa on 2 mill wage would be good in the long term...

Inter had decent GK in Julio Cesar and now they spend 11 mil on Handanovic and Inter will earn not more than 7-8 mil for Cesar. IMO Cesar and Handanovic are on the same level . Those 11 mil could be used in different kind of player

handanovic's wages will probably only be like half of cesars though

I'd rather we keep JC and offer him an extension on a lower wage, plus we have three very prospective keeps; Viviano, Bardi and Di Genarro. 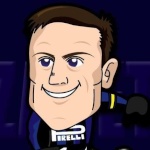