Dump him from captaincy. Not sure if it's the pressure of being captain or his injured foot but something's affecting his game and we need a leader on the pitch. He is not that. We're turning into Arsenal. I don't like it.

I think all our defensive problems arise from our midfield. In last 4-5 seasons, we never had a midfield combination that can controll games at their will so that the defense can have a bit of breather in games when needed. I think all this pressing our players do is useless in games like Burnley. Henderson was so slow to get the ball out of our defense. Right now, the players we have right now at club also dont give me much hope that we will have that midfield dynamism to controll games when needed.

What a performance from the captain. His tracking back, his quick passes, his penetrative passes and ability to switch the play. Of course, the wondergoal as well...but my goodness he was immense against Chelsea.

I will take that performance with a pinch of salt. Look Henderson has improved 10 folds in that position. But I watched the game and our MF performance also, it was clear that Chelsea were not pressing him at all. I think his real test will be if he can pick out neat and cool passes when he is put under pressure by the opposition OR when midfield sits deep and he is supposed to do more than just receive the ball from left flank and give it to the right flank.

I think his energy, crosses and intelligent runs will be more useful when he plays in that B2B role imo. But obviously the question arises whom to drop in the current midfield and let us see what Klopp does about it.

Heil is right. For me he still should not be playing DM. And hopefully whatever is going on with Emre Can is fixed so he can go back to starting in that position.

Even with his amazing display at Chelsea he was still the main fault for the goal. Something any decent DM would have covered.

Hendo's best is the Gini position as we've come to find out in his best years with us (13-15). And I wouldn't mind him fighting it our with Wijnaldum in that position.

There's no making you clowns happy. That was a virtuoso performance and he largely avoided pressure by being in great positions all game and offering himself as an outlet to escape pressure for his teammates. Look at his passes and movements aside from the goal against (which was a multi part breakdown but also just a fantastic move by Matic) and he was fantastic.

Looks like he's growing into the role apportioned to him for this season.
Of course, with him having some kind of painful chronic foot injury IIRC, it might as well be that he's having a phase of being fitter and more comfortable again.

If he continues like that, I owe him an apology. Let's hope he does.

He's been quietly doing a good job. When he's surrounded by those more technical players, he does the jack-of-all-trades CM role quite well.

as in individual player, he seems as a limited player. But you surround him with players with complementary abilities and Henderdon is not so far from WC.

Has to be said, Alpha Hendo is having a remarkable season so far. Not enough recognition for this man. Only player in the PL with over 1,000 passes and he has over 1,300. 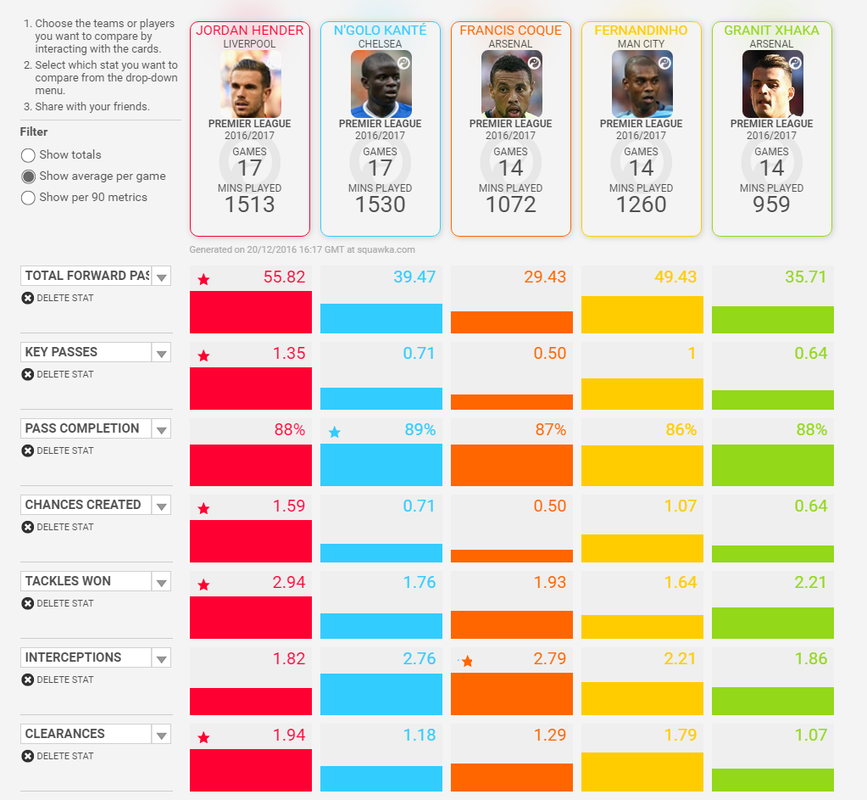 Please accept my sincere and humble apologies for ever doubting you Captain. You along with that Dutch Beauty Georginio Wijnaldum are the reincarnation of Lucas Leiva. You don't have any frills, cause you don't need any. While we moron fans kept doubting, abusing, jeering you; you just kept going. Carrying us on the back, the whole time.

Salut Captain, blessed is the hour you blessed our color.

Page 11 of 11
Permissions in this forum:
You cannot reply to topics in this forum
Latest topics
» The Elon Musk Appreciation Thread

Today at 6:23 pm by MindYourThinking

Today at 1:54 pm by BarrileteCosmico

Today at 7:12 am by BarcaLearning

Yesterday at 1:13 pm by Myesyats