I think PSG is on his way to win the French Ligue 1. Having very good players, the Clubwill surly have a great club by the season. Will PSG become "the Manchester United of France? 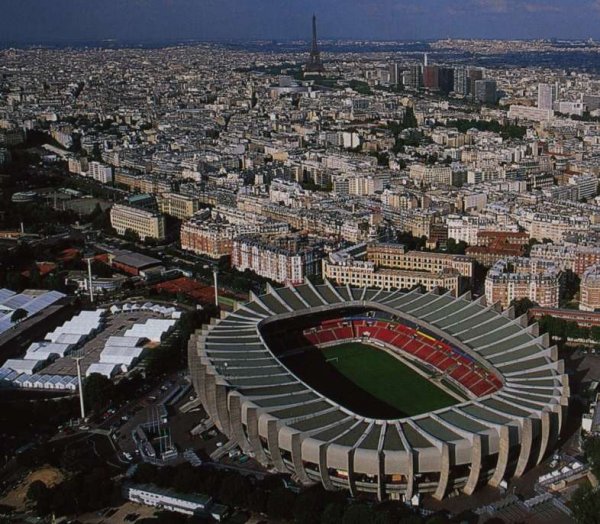 I think you meant Manchester City.

What do you mean by "No history"? Clubs and humans alike all have their own history, small or big.. International or local. If you are referring to achievements, then I will say that in France only 2 clubs have a "History.. Marseille and PSG. Marseille for winning the Champions league and PSG for winning the European Cup winners cup. No other has done otherwise in France in my opinion.
Again what do you mean by owned by Arab oil? Every Club is owned by somebody! Isn’t it? Does Arab ownership disturb you? Again oil cannot own a club. By saying that, do I have to compare that OL has the same profile as Montpellier?

In an interview with Max, the former AC Milan trainer had nothing but high praise for the 21-year-old attacker, who has attracted public attention both on and off the pitch this season.

When asked whether he would like to work with players like Balotelli and Antonio Cassano, Ancelotti said: "I would train them voluntarily. Balotelli is a great player, and so is Cassano. The sky is the limit for him (Balotelli). He can do everything on the pitch."

The experienced coach also had a word on two of his current players at Paris Saint-German, Jeremy Menez and Javier Pastore.

"Menez is the strongest of all. He still needs to make the leap, however, he needs to be more consistent," Ancelotti said.

"Pastore has a different talent from Menez, he is not about speed. He can become a great midfielder like (Clarence) Seedorf. He can also be a trequarista, if he has the space."

Ancelotti was positive when asked whether he would like to coach Roma one day.

"Yes, I would like that, but Luis Enrique is there now. He has good ideas, a good philosophy, he has to adapt to Italian football," he said.

PSG are interested in River's Ezequiel 'el cinco del futuro' Cirigliano, a deep-lying midfielder whose main roles involve breaking up possession and collecting the ball from the defence to start attacks, who has been the point of interest for clubs like Roma, Lazio and Napoli.

Cirigliano was born and raised in Caseres, a city in Buenos Aires. He came through the River Plate youth system and played at various levels for Argentina’s youth teams.
Being a River youth product and similar in style and stature to Javier Mascherano, Cirigliano is drawing obvious comparisons. Cirigliano's strengths include his ability to hold a position right where his side needs him, and getting involved when the time comes. His passing is very good and, in general, his raw attributes to becoming a strong deep-lying midfielder are extremely encouraging.

Could be a good/great coup if PSG have the cash, I think he could be pricey, maybe in the region of 7-15m

This guy was dubbed 'el cinco del futuro' or 'the five of the future' at River. He's very good and I've been a fan of him for quite awhile now.

Personally, my favorite club to follow in Ligue 1. For me, Pauleta was one of the best pure finishers I've ever seen and was my favorite PSG player.

They've done well overall considering how young the club is.

Just found out PSG is now 3 points behind Montpellier!

Their next 3 games are Valenciennes, Rennes and Lorient while Montpellier have Rennes, Lille and Auxerre.

One more slip from Montpelier and PSG get what is rightfully theirs.

"If he (Ibra) asks me in French, yes (I will give him the number 9), it is the condition," he replied, smiling.

What's up with the baby below the Eiffel tower?

PSG have now got so much talent and depth. One might think they should blitz through the league and qualify to at least the quarter final stages of CL.

The Sanchez wrote:PSG have now got so much talent and depth. One might think they should blitz through the league and qualify to at least the quarter final stages of CL.

In all likelyhood they're going to be a pot 3 team, with the slim chance of being a pot 4 team so it's going to be tough for them to get out of the group stages.

Game against Tolouse starts in 5 mins

Page 1 of 1
Permissions in this forum:
You cannot reply to topics in this forum
Latest topics
» The Official Netflix, Disney+, Amazon and HBO Max Thread