@Adit wrote:Walcott? He is average and has been terrible for some times now.

His play doesnt impress me nor does Arsenal fans.I can already see arsenal fans calling for walcotts head,he is dat awsome.

If this is the standard you expect from him then fine,but that is not even europa league standard i must say.

Theo Walcott has been so terrible this season, and his overall play so bad, that he has more assists than Ronaldo

BREAKING NEWS - All it takes to get into an England squad nowadays is for you to score 1 good goal in your entire career. By this logic Danny Rose and Cameron Jerome should get a call ups.

Who at the FA decided it would be a good idea to let that moronic, psychopathic, lunatic called Stuart Pierce pick a squad to play against one of the best teams in the world?

My god! Even Shola Ameobi is a better option than Fraizer Campbell. 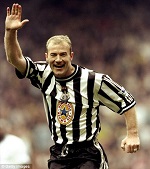 if walcott starts, that'll tell me everything i need to know about England...

Downing and Campell called up.

Yet Lescott, Sinclair and Carrick are not.

Who would have thought the English guy would frack up more than Capello.

@Lex wrote:Theo Walcott has been so terrible this season, and his overall play so bad, that he has more assists than Ronaldo

That literally isn't a hard feat.

Anyway, must be hard for England fans to see such a side when one certainly knows that there is some sort of quality within the BPL to choose.

I concede that Pearce's selection is odd. It's obvious that he's called up some younger players to try to assess them in a non-competitive fixture. I even understand the reasoning behind not calling up Ox (though I don't completely agree with it). WHat's strange is his selection of "established" national team players. He seems to have selected names at random from previous sides to supplement his otherwise youthful squad. Cahill, Downing, Milner and Walcott are all hard-pressed to justify their selection on their recent form. There are certainly other, less-established players that are interesting inclusions over other available options.

I know he's trying to assess a whole new pool of potential English internationals, but his selections don't seem to be supported by recent league form. 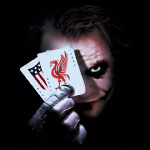 Maybe because he is playing for Swansea ?? still better than than F Campbell

Im as shocked as anyone about Frazier getting called up. Think it might be a bit too soon after his return from injury.

If you actually use your brains though and think about it. Pearce hasn't been England manager for long. He hasn't really had much time to evaluate players for his team.

He probably would of been considering players for under 21s games. Dyer, Graham & Sinclair are all too old for this.

Apart from Sinclair none of those played for the u21s so I doubt Pearce will have watched them.

Campbell is a player who has played under him for the u21s and scored a few goals. Before his injury and he was playing upfront he had a spell where he was banging in goals for fun.

If you look back to last season and the one previous when we had Bent, Welbeck & Campbell it was one of the most fruitful forward line-ups in the league. Bent & Welbeck with Frazier playing behind would be quite a formidable strike force with plenty of pace.

Id rather have Campbell playing for England than Heskey, Carrolol, Crouch or Zamora.

Dunno how Carrick hasn't had a call up though he has been pretty impressive. I suppose Downings form has been disastrous this season but personally I think that's down to Kennys tactical ineptness rather than Downings skills. He has performed quite well for England in the past

^^ Carrollol has been better than half the players chosen on that roster in the past two months.

i'd like to see that gary hooper of celtic get a call up.

So, the England versus Holland match is tomorrow. The full squad is announced, but Pearce is refusing to give his choice for captain/squad until tomorrow...

In any case, given the recent withdrawals from the squad (Rooney, Cleverly, Johnson, Walker and Bent), who would you like to see start?