It comes from this video, where Pep finally leashed out at Mourinho publicly, and was later given an applause in the changing room for it. You can read a translation in the video description

Lool! Heard that one, that was nice, thx BC

Thanks for posting that video dani. It was very enjoyable.

Guardiola : " I don't think we will win the league , but in my opinion we should keep on competition better and better for the Cup final preparations."


Guardiola : " We will try not to lose anymore points and also have to concentrate more on Champions league, so that we can do our best there."

Guardiola : "Atletico is very good . They always run. But we did a good job."

Guardiola : "Alves & Valdes were outstanding.We are lucky to have them with us. "

Guardiola : " The true is leader is the one who takes responsibilities on his shoulders when things get complicated. Messi has been doing this for years ."

Guardiola: "Do you want to rest messi now ? Well, Messi will be resting like Pepe next week. "


Guardiola : "It was a difficult game with a strong opponent and field conditions were very bad. But I think we gave our best."

Guardiola: "Do you want to rest messi now ? Well, Messi will be resting like Pepe next week. "

Do you guys know what he says in spanish at second 59 when he says I've always thought in your profession what word does he use for your?

It comes from this video, where Pep finally leashed out at Mourinho publicly, and was later given an applause in the changing room for it. You can read a translation in the video description 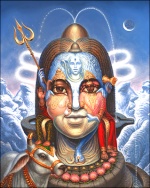 @BarcaKizz wrote:Guardiola: "Do you want to rest messi now ? Well, Messi will be resting like Pepe next week. "

Its totally outrageous that Messi and Pepe are getting suspended at the same point in the season.

Thank god Messi is finally getting a rest.

@The Franchise wrote:Koeman did horrible at Valencia and the master retired for a reason. The two games a season for Catalunya and mess he trying to fix in Ajax seem more than enough. He hasnt coached full time in what, 15 years or more?

True - however Koeman is doing a great job at Feijenoord these days. And I don't expect Cruijff to be coaching again, but it would be great.

Yeah, I noticed Koeman is doing better now. I wont comdemn him and say he can never do it big, but I hope he has learnt alot from what happened in Valencia. He benched some very key players and caused nothing short of mayhem.

Yeah, Cruyff to me is a nice dream but not realistic given his age. I dont think he would have the motivation for it either, which would be normal.

From what I've heard, Koeman isn't the right man to blame for the sh*tstorm that blew through Mestalla, at least with regards to the players. Cañizares, Albelda en Angulo were removed from the team at the request of president Soler (not sure why, but that's what I understood). Due to their position within the team this must've had a tremendous impact on the team as a whole as well, not just on those three players. So that partially explains those really poor resultst in Europe and La Liga.

But how come those players returned once he left?

Didn't Soler leave his post as president even before Koeman left his as coach? I assume (that's logic speaking, I can't be certain) that without Soler around the new president wanted those players to be part of the team again.

I dont know really, we need a Valencia fan for this really.

@BarcaKizz wrote:Guardiola: "Do you want to rest messi now ? Well, Messi will be resting like Pepe next week. "

What do you guys think the chances of him leaving in the summer (to Chelsea) are?

Who the f*** would want to coach Chelsea? They treat their managers like dogs.

Chelsea? No way. If Guardiola doesn't extend it sounds like he'll take a year off, in which case the job will be filled anyway (assuming there is no vacancy again this time next year).

I also wonder what the likelihood is that his second job could be something way off the radar. he's already won everything there is to possibly win in club football, and I don't get the feeling that he's motivated by success at the utmost top level anyway (but more by a commitment to excellence and a particular vision in general). I think the more relavant question is what are the chances he surprises all of us and, for example, follows Cryuff to mexico? maybe goes back to Qatar? Probably only marginally more likely than him taking the job at chelsea (so .03%?), but interesting to think about none the less... I could definitely see him in a more low profile position.

FWIW, my money is on him extending.

Its a possibility as Roman has the money to get him though he won't do any good there as they probably won't be able to play his style. Anyway who will he play in the flase nine position? Torres or buy someone from the Barca youth who he can trust to play the role well? Will he sell Torres or improve him (if you can?)?. He will extend for one more season then he will probably leave.

The fans clearly want him to stay

Why join Chelsea? Because Roman is going to spend money in the summer, Pep could mould the squad to what he wants. Because he would most likely get a pay rise. Because it's a new Challenge and if Pep has any ambition he would want to conquer the Challenge. Because he could be getting bored of Barca (have you ever asked him personally?) because it would prove Pep is a decent manager and if he succeeds that would be good evidence.

There are many reasons, honestly, I think the next manager will have a better chance than AVB because thy will have more cash to spend. If we go down from here Roman is going to spend more and more to keep us up.

F*** I hate Chelsea, nothing against your post. Just makes me realise how much I hate them lol.

Anyone see this yet. Never seen Pep so angry.

But yeah, I seen Pep much angrier than this.

I guess, like the rest of us, are utterly sick of the injuries. Why angry at Alexis though..did he do something he wasnt supposed to which triggered injury?

I think the 90 minutes is in reference to Alexis international friendly with Chile where he played 90 minutes.

Page 2 of 17
Permissions in this forum:
You cannot reply to topics in this forum
Latest topics
» The Official Dwayne Wade <<<<<< you thread

Yesterday at 11:58 pm by Lord Awesome

Yesterday at 8:18 pm by McLewis

Yesterday at 5:48 pm by Hapless_Hans