ES wrote:I'm considering reading 'The Gentlemen Bastards' by Scott Lynch, anyone heard of it? I know @Dante has read it and he rates it highly

Enjoyable but the sequel doesn't meet the standards of the first and the 3rd is apparently a flop (based off the reviews. didn't read that one)

@elitedam wrote:I think I'm going to hold off on reading The Martian until after I watch the movie. There are so many great scifi books that I still haven't read while scifi movies are a lot rarer.

Although I did the same thing for Ender's game and that was an awful movie.

The gulag archipelago, pretty depressing book, but it had a major impact on the west's perception of the soviet Union and communism more generally. If you read and were terrified by 1984/Animal farm, "the gulag archipelago" provides a context to place that in.

The third chapter on interrogation torture techniques and Andrey Vyshinsky's form of jurisprudence is eye opening.

Started reading Shogun by James Clavell. It is amazing. It's protagonist (John Blackthorne) is a man loosely based off William Adams, the first British navigator to reach Japan, and he is thrown in to the inner politics of the island in full force, as well as external politics by the Portuguese & Spanish who are also competing for influence and trade with the Japanese. The politicking actually makes this very reminiscent of GRRM's series, even though it has no fantasy aspects at all. One of the things I most like about it is that the Europeans are not described as bringing "civilization" to them, as you might expect from this "white man travels to exotic place" tale, but instead the Japanese and Europeans are both described fairly with both having more technological and institutional advances in different areas.

Saw the Hulu miniseries, got halfway through and realized it demanded to be read first. Glad I did, too, an incredible one, one of SK's best in so long, one of my absolute favorites of his.

Anyone read The Brief and Wondrous Life of Oscar Wao? Its really good imo, it was voted by readers best novel of this century. I don't know if it is that good but it is a superb novel.

Read East of Eden by Steinbeck


Was a classic Steinbeck story. Had some very good characters with extremely vivid description of the setting and the time book was based on. He really is fantastic when it comes to playing with reader's imagination. I was able to recreate the entire Salinas valley in my head and honestly it was as beautiful as Steinbeck described it. I read before starting the novel that it was supposed to be Steinbeck's 'master piece' as he intended it to be. It was a story based on real events in his family (which I am not too sure about). However the book itself wasn't as powerful as Of mice and men but overall it explored more topics and in a sense it was overly ambitious which is why I am not exactly sure if the events actually did take place or it was a mixture of fiction and non fiction.

In any case the book was a great read. In simplistic terms it shared the story of Cain and Abel across two generations accompanied by other characters each unique in their own way. There were some absolute deprave characters (mostly in the reach of reality) and there were characters that opposed the depravity. I thought Steinbeck carried both ways quite well but it was hard to tell his story without empowering darkness more than hope. The story, without spoiling anything, was bleak and often sad. You would feel sorry for a lot of the characters and you would absolutely hate others. There are actually very few characters you would like, even if they are shown to be of good natured.

Overall, a great read and recommended to those who are a fan of Steinbeck's work.

So proud of RG right now. East of Eden is an absolute masterpiece

Tell me you weren't moved by Lee's discussion on "timshel". Should go down in history as one of the great dialogue's of our time.

Incredible. Steinbeck might not be known for his incredible ability in literature but *bleep* it if the guy can't tell a compelling story

Reading "Gene: An Intimate History" right now. A nonfiction novel about the history of genetics and biology until the present day, by Pulitzer prize winner Siddhartha Mukherjeee. Fascinating

Life at the bottom by Theodore Dalrympal....

Incredible book. Dalrympal is/was a psychiatrist who worked in a hospital in a British slum, he interviewed about 10,000 people who tried to commit suicide.

This was a light shone on the supermassive-black-hole of a blind spot of today's upper middle class sensibilities.

That sounds very interesting, I'll look into that book.

Hoping to finish Gene soon, then move onto the classic "Sand County Almanac" by Aldo Leopold, and then hopefully I can get through "Guns of August" before the end of the summer, but we'll see if that happens.

Has anybody read Jack Nicholson's biography? It is a great book, it's a lot about the way he became a hollywood star, about the parties thrown in LA in the 60s and 70s. A lot of talks about drugs, alcohol, sex, life, relationships...

Harry Potter And The Cursed Child is absoultely terrible...

Complete fanfiction except JK said its canon. Ticks all the boxes for generic fanfiction and contradicts a lot of stuff from the books.

Not accepting that as canon nor part of the series. JK can say what she want.

lol will never read it.

I just finished my first Jack Reacher book (Killing Floor). Gonna get through the whole series me thinks. Tom Cruise was a terrible cast by the way. Reacher is supposed to be 6'6 240, Tom Cruise is like 5'5 ffs

To Kill a Mockingbird is amazing.

Thank you Harper Lee for it.

Read it when I was in 6th grade (roughly 12 years old). Read it again about 10 years later. The feels haven't changed at all. Great book.

I'm struggling to get through the 2nd book of Malazan series so I think I'm going to detour and re-read one of my favorites: The Count of Monte Cristo....significantly longer, but holds my attention much better.

I don't blame you McLewis, its a hard read, stopped a lot of times and thought of quitting, but Book 3 is amazing if you're willing to give it a try and the 6th book is the best one in the series and arguably one of the best books i've read

-The Gentlemen Bastards (GOAT series, one of my best ever imo)
-Kingkiller Chronicles (Great epic fantasy, but the author has stopped writing atm)
-Stormlight Archive (One of the best Epic fantasies, created by Sanderbot 3000, honestly this and TGB are the releases i look forward to the most)

Just started the Black Prism, heard decent things about it

Yeah not giving up on it, ES. I rarely give up on books that I start. It will just take willpower to get through this 2nd book. The 1st was slow to begin with, but picked up the pace wonderfully. Just not feeling it with the 2nd one right now, but I'll persevere of course.

I haven't read very much since my tablet broke. I like reading a lot but I go through these alternating phases where I read a ton then nothing.

@McLewis wrote:Yeah not giving up on it, ES. I rarely give up on books that I start. It will just take willpower to get through this 2nd book. The 1st was slow to begin with, but picked up the pace wonderfully. Just not feeling it with the 2nd one right now, but I'll persevere of course.

This one picks up the pace wonderfully too. The ending will stir up some serious feels for you.

Today I am going to start reading this book:

I bought it from Book Depository, the shipping was free and the price was quite low. 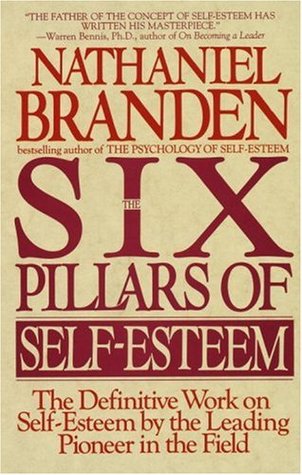 PS. Is anybody here a fan of Chuck Palahniuk's writings?

Thank you Harper Lee for it.

One of my favorites. A true classic that appeals to people of all nationalities, of all ages, and at any point in time. A beautiful novel, with many layers.

Do as McLewis has done and read it again at a later point and you will be surprised what new takeaways you get from the book at a different point in your life. The best novels do this. One of the greats of American literature for sure.

Today at 7:00 pm by BarrileteCosmico

Today at 4:48 pm by BarrileteCosmico

Today at 4:03 pm by BarrileteCosmico

Today at 4:01 pm by BarrileteCosmico

Yesterday at 11:23 pm by Nishankly