Teemu Pukki had his first appearance as starter for Schalke in the away match against Hannover today. Guess what? He scored two goals right away!

(FYI: The boy became a fan favourite at Schalke even before he signed for them. Still playing for Helsinki, Pukki scored 3 goals against Schalke in the two EL qualifiers and when he scored the consolation goal for Helsinki auf Schalke, he was applauded by the Schalke fans. The Schalke management was so impressed that they signed the boy right on the spot, even though he was cup-tied for the group stage of the EL.)
_________________

Future GOAT or just coincidence? Pukki is finnish, and the word Pukki means male goat as in finnish.

Future GOAT for sure. And he's cute, too

I approve of this thread

I'm disappointed, i thought he was a GK

Oh come on, I rave about Raúl and Godmez, too. And Pukki has all the makings of becoming a keepers' nightmare

I have high hopes of him, it's a shame he went to Schalke though as he has too much competition infront of him hampering his development.

I would actually like him to move to Arsenal as Wenger is great in getting the best out of young talent and Pukki definitely has what it takes to become a very good striker, possibly world class.

I heard Borussia Dortmund needs a striker too (a calm finisher) so that could be a good option too.

Henry wrote:"“Stepovers, tricks, that’s not the game. The game is what Thomas Muller is doing. If I had a son right now, playing, I would say to him ‘look at them, look at [Franck] Ribery, look at Muller.’ What Ronaldo does, and Messi, they’re just freaks. Don’t try to copy those guys. You can copy from Ribery, you can copy from Thomas Muller. What he did at the World Cup, people don’t talk about it. They don’t talk about it, but they should talk about it. He plays the game the right way: he defends, he attacks, he controls the ball when he has to control it, he reverses when he has to reverse it. When he has to finish, he’ll finish. He doesn’t do stepovers, but when he has to perform, he performs. He does what the game asks him to do.”"

Actually I think he should first try his mettle at Schalke - I'm sure he can learn a lot from a player like Raúl there, and Huub Stevens isn't a bad coach either.

, Dortmund might not be the best move for him then.

Finnish football talents are very rare and as I am part fin part swede I really hope that he makes choices that are best for his career and develops in to a fine player.

Now let's hope that Huub Stevens will start him for Schalke this season! And he'll be playing CL this season, not like last season when he couldn't play in Europe as he was cup-tied.
_________________

I'm sure Pukki means P*s*y in my language. 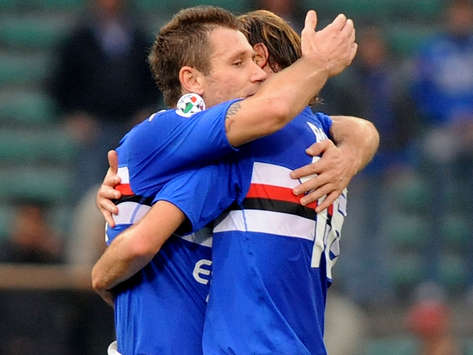 I think Pukki stands for Santa in Finnish. Every time I read a Finnish article about Pukki, google translates his name into Santa.
_________________

The name of names

In 3 years the whole world is going to know him

Scored his third Int goal today vs Czech Rep....ended up being the winning goal

Messiah "Aggerswagger" wrote:I think Pukki stands for Santa in Finnish. Every time I read a Finnish article about Pukki, google translates his name into Santa.

Pukki = goat (as in the animal). Joulupukki = santa claus.

. Should move to a team where he would start every game though, he needs it for his development.

. Should move to a team where he would start every game though, he needs it for his development.