Had not seen that one yet, cheers.

Awesome interview, thanks for posting

i have read it without a pause. its like a story so well told.
The only question came to my mind is his remark on Pedro. I always felt he liked Pedro very much. Even during the celebration after the last game, it came to my mind. Now its clear to me.
so, why does he praise pedro so much?? is it just for the commitment?? If so, i completely agree. but why did he say, that Pedro's development is an exceptional story.Not so clear to me from the translation. may be the meaning is lost in translation.

yeah...that part i agree. I understand his frustration about other players not getting enough praise for the success which is completely true. sometimes i think about it, how i would feel to be part of a group where most of the focus goes to few specific players. Its just not the matter of one day or two, its years after years. Xavi even once told in an interview few years ago, when asked what he dislikes most, that when a scorer gets all the credit after the goal not the people involved (something like that).
I also surprised he did not mention valdes considering he played almost entire career with him in goal. because i think that was one reason Valdes left, lack of admiration

Don't you remember the 10/11 Liga celebration? When Busquets was holding his speech the crowd was chanting Busquets' name then Xavi stepped in, took the mic and told the crowd to chant louder because they weren't chanting his name loud enough. Here it is:

I was away from the internet for several days and didn't get to know of this until much later.

I had thought he would stay for one more season because with our transfer ban just how we will manage the squad for the midfield without him is hard to digest. However if it is what he desires at this stage of his career then that's that.

When any player especially great player and club legend leaves we say different things to thank him and talk about how much he did for the club and meant to us. For Xavi I don't know quite how to find the words which would anywhere near justify just who he has been.

In one line he has, arguably even more than Messi, symbolized this golden era for us. As alex had once said that Xavi is Barcelona's playing system.

There couldn't have been a better way for him to say good bye than lifting the UCL trophy. It's so wonderful to see that actually happen.

With the greatest reverence I hereby thank the maestro for all these wonderful years and wish him all the very best in life. No matter how many times he has said he doesn't want to coach it's likely he will and one day he will coach Barcelona. 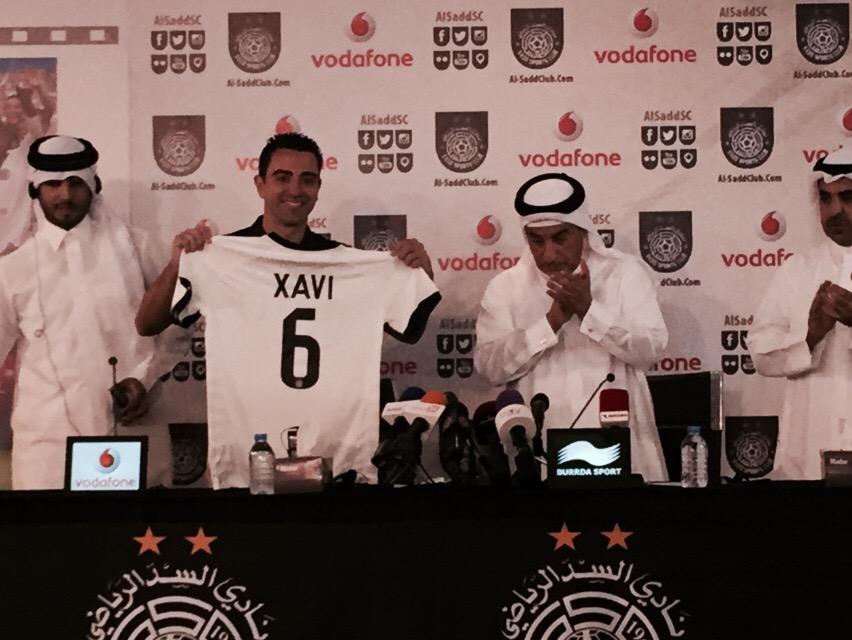 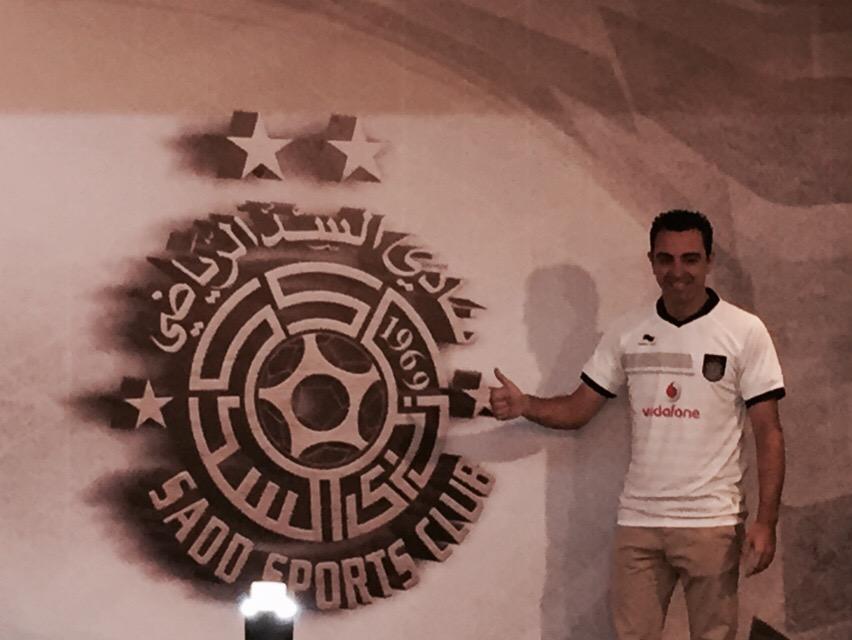 Years will pass and we will still have so much to learn from this man be it about his football or about his values. We have talked endlessly about his abilities on the pitch but I have also had very high regards for the kind of values that he demonstrated right through his career both on and off the pitch be it in terms of his cent percent unselfish team play in every single moment, his (sometimes public) encouragement of his team mates and his philosophies about the game. Xavi is nothing short of a football God at Barcelona or for that matter the entire football world.

It must be an awful feeling leaving Barca after all those years. He won't be happy there and will return very quickly imo. Xavi is Barca, he can't just leave.

He said he does not want to play vs. Barca. would be great if Al Sadd meets Barca in next year CWC:lol:

@neuro11 wrote:He said he does not want to play vs. Barca. would be great if Al Sadd meets Barca in next year CWC:lol:

I would rather that Al Sadd never becomes good enough to reach as far as CWC even with Xavi in it and that Xavi never has to play against Barca, not even in an exhibition match.

Why not? It would be hilarious

Also, there are murmurs that Iker might join him. Still not 100% sure.

I was thinking today... is Xavi the winningest player of all time?

Him or one of the guys from the old Madrid team who won those European cups?

Ryan Giggs is the only recent player who I can think of who compares but im 99% sure Xavi surpassed him a while ago.

Gento has 12 Ligas, 6 CLs and 1 Euro Cup. Xavi has an additional Euro Cup and the World Cup over him though which I'd say is worth more than the 4 additional La Ligas and 2 CLs that Gento has over Xavi.

Basically, if I had to give "value points" I'd say something like this:

If you get what I mean.

There was no proper domestic league during Pelé's time. The Campeonato as it is known today was founded in the 70s. Pelé mostly played in regional competitions like the Paulista. I'm hardly an expert but a regional league where only teams from Sao Paolo take part (imagine a Catalan league) and that too in the 50s and 60s must have been a really amateurish competition (it still is a joke today). The Libertadores which would be the equivalent of the CL he's only won 2 times. He obviously got 3 WCs though.

@free_cat wrote:I was thinking today... is Xavi the winningest player of all time?

Yes he probably is but let's not forget that Iniesta is only one trophy behind.

Even in football history I couldn't think of a player who has won at least one world cup, at least two continental (NT) cups and at least four European (Club) cups except for XAVI and INIESTA. If anyone can think of one single name I am very keen to know it.

When I sit back and think about how much these two heroes of mine have won I feel both immense pleasure and a great sense of awe.

I just read a wonderful article on Pirlo and his exit.

Has anyone seen any truly outstanding article on Xavi and his exit?

In this article on Pirlo I read this comment which I found worth highlighting.

"Perhaps no one since Michel Platini has been so accurate and effective when it comes to the lofted chipped ball over the top of the defence."

What are your thoughts? Was Xavi equally good at this? Better? Any other names you can think of?

Fabregas is probably the best with the chip pass around the edge of the box. It's the only thing he's good at though.