Arsenal manager Arsene Wenger has ruled himself out of ever being the England manager, claiming that role should always go to an Englishman.

Wenger is a hugely respected coach in England following his long and largely successful tenure at Arsenal, and has previously ben linked with taking over from Fabio Capello, who will leave his post after the European Championships.

“I always said the national team needs an English manager and I will never change that [view] for one minute," Wenger told The Mirror.

“If a foreigner wins a European Championship, you will say somewhere it is not completely an English triumph.”

The Arsenal manager takes a keen interest in England’s progress and has tipped his own young Gunner, Alex Oxlade-Chamberlain, to make a late charge into the squad for next summer’s Championships in Poland and Ukraine.

“We are six months before the tournament. If in March, he has made a big step forward, why not?

“The mentality kicks in now. That will decide his career. I am positive about it because he can deal with the pressure.”

Wenger was also keen to praise fellow youngster Carl Jenkinson who is still able to choose which national team he represents despite playing for Finland at under-21 level.

“His fitness is outstanding, he’s quick, he has good crosses,” said Wenger.

“He needs to adjust his defensive game but he is improving.”

Its about how well you manage these players.....

I have always thought that Wenger has excellent Man-Management skills......

Never...he said it himself that he enjoys the day to day activities of managing a club, even as a national team manager he wouldn't make a good one he'd get outclassed tactically

I don't think he'll be a good manager to an average NT . But give him an uber-talented one , and I'm pretty certain he can make them dominant, playing football as it should be played.

I think he could make the best NT.

Raptorgunner wrote:I think he could make the best NT.

I have to agree to be honest, if he could call up WHOEVER he wanted then

Yes hes pretty good at managing talent, probably be one of the best tbh. Especially since theres no transfer market in the national team so he cant not buy players!

He doesnt have to think about the financial factor.. So i think he will be the best..

To be a NT coach you need to be a good tactical manager and we all know Arsene Wenger so NO.

i hope he never takes over france, wenger would own !!!

france have a very talented squad,dnt want to think what wenger could do with it lolll 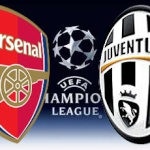 Similar topics
» Arsene Wenger: The Inside Story of Arsenal Under Wenger
» I wish to Manage Liverpool
» Who will manage Manchester United in 16/17 and beyond?
» Carlo - I want to coach Roma but now I want to manage in the BPL
» Could Miguel Herrera manage in a top league?