Also the thing is, the criminals didn't care about Walt THAT much

Todd respected Walt hugely and the Neo Nazis left Walt some of his own money out of respect. Their was not much bad blood. A far cry from 2 hitmen sitting in his bedroom with an axe.

It wasn't out of respect for Walt, it was out of respect for Todd. You also seem to forget that Jack shot Hank right in front of Walt. They also went to Walt's house and threatened Skyler and the child...seems to me that you are forgetting a lot of the bad blood between Hank and Jack.

Gustavo was way bigger than the Neo Nazis, but he also ran his business like a boss. People respected him and he was fair. It it wasn't for Walt and Jesse, that could have been a mutual beneficial relationship.

I just started watching this last week on NetFlix, and I am halfway through season 2 already. (watched 5 episodes today). Sadly I've been exposed and know the ending and all, but it is in a way a positive, so I can look out for details. My dad was insisting we watch another episode at 2AM tonight

I am already saddened by the upcoming death of Jane.

Top class show. Quite a journey, thinking back to walts tortuous struggle when deciding whether or not to kill a man, to the cold ruthless decisions he later made without hesitation. I enjoyed season 2/3 the most, I much preferred it when walt was still mostly walt and the comical naivety of him and jesse

Difficult to choose a favourite scene, as already mentioned walts breakdown was magnificent, walts last meeting with the hospitalised "cousin" was very intense, and one of my favourites was hank finding the RV, all fantastic scenes for very different reasons. And of course every scene involving the black hat

One thing I wished they'd done was tell walts past a bit more (namely his relationship with Elliot and Gretchen), his resentment towards their success was obviously one of the driving forces of his character. Also perhaps Gustavos past, I felt their was more story to be told there
_________________
Don't be so open minded that your brains fall out. 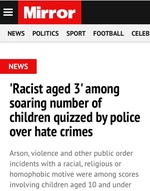 Just remembered another favourite scene, the dinner with tuco and hector. Absolutely brilliant
_________________
Don't be so open minded that your brains fall out.

I think in a way, Walt wasn't entirely honest when he said he did everything for himself. Yes, he had plenty of opportunities to get out with plenty of cash or with a business that could make him decent money like the carwash.

But. Him saying that could be a way of him appeasing Skyler, she was sick of hearing it and it was the last time he'd ever see her. Surely he wanted her to feel a little less acrimonious towards him. Perhaps he said it partially just to let her have her way, to have her feel he was finally admitting to what she thought she knew.

After all, he did literally all of that to leave Junior all of that money even though his son hated him at that point to the point where he wished death upon him.

So, yes, there was a point in time where he did it to feel like a badass, but his family was the only thing that mattered to him through it all and it always showed, especially when he begged for Hank's life and went through the careful and calculated plan of setting up Junior's 'trust fund'.


Just finished the show yesterday. In withdrawal.
_________________
"I thought football's greatest honour was representing your country. I was wrong. It was playing for Arsenal." - Joe Mercer

I watched the last 8 episodes in a row last night. a true marathon from 9PM to 4:30 AM.

The Greatest Show in Television History

Never watched Malcolm in the Middle but that gave me a good laugh.

Breaking Bad's Bob Odenkirk has revealed that the Better Call Saul spinoff could act as a sequel.

Odenkirk discussed the possibility during a recent interview with IGN.

"Well, I've talked to Vince and Peter, who are writing and creating the series, about this and I've said that a lot of people do want to see what happens next to Saul," Odenkirk said.

Odenkirk also promised fans that the spinoff will stand apart from Breaking Bad.

"I told Peter and Vince, right away I said, 'Look man, let us make this fresh for everyone.' So that right away, in the first five minutes, every viewer goes, 'Oh, this isn't Breaking Bad, this is its own thing."

Odenkirk added: "And I think they feel the same exact way. There might be a cameo here or there, but I don't know. We're going to do a new show."

My favourite scene from Breaking Bad so far.
Just finished with season 3.

Pretty good scene, Jonathan Banks has good delivery throughout the series, what I love about it is how each season outdoes the last
_________________
"I thought football's greatest honour was representing your country. I was wrong. It was playing for Arsenal." - Joe Mercer

MJGunner wrote:Pretty good scene, Jonathan Banks has good delivery throughout the series, what I love about it is how each season outdoes the last

Yeah, I absolutely love his character.

I finished with Breaking Bad today. First of all I think it isn't necessary to say that it is just great. The writing, directing and execution is just top notch. The plot is simplistic, and Vince Gilligan just went on season by season to do wonders with it.
Bryan Cranston's acting is out of this world. The whole acting is pretty good though. I loved the character Hank. Right from the first episode you just knew that it was going to come down to Walter face to face with Hank. The show also has a very good humour to it all the mean while the protagonist, Walter, just gets more masochistic by the time. Saul and his bodyguard Huwill (don't know if it's spelled correctly) always had me laughing. One of my other favourite characters was Mike. He was terrific everytime he was on screen. The villains were great as well. Gus the best of course.

Here's just a few episodes which I loved very much:
One Minute (s03e07) - Hank gets ambushed by Tuco's cousins.
Crawl Space (s04e11) - Gus tells Walter he is fired. Wants to get rid of Hank. Walter wants to leave the country with new identities, tells Skylar, and finds out Skylar gave money to Ted.
Face Off (s04e13) - the instrumental of Lupe Fiasco's Jonylah Forever playing in the background when Gus is on his way to see Hector for one last time.

Dead Freight (s05e05) - suspense at the end when they stole the methylamine from the train.
Blood Money (s05e09) - Walter and Hank face-to-face with the truth known. Walter telling Hank if it's true that he doesn't know him anymore, he better tread lightly.

God'dammit the whole 2nd half of season 5 was totally magnificent. Especially episode 12-14 (Rabid Dog, To'Hajiilee, Ozymandias) the last 2 episodes was a bit of a let down imo. They weren't bad, but is wasn't at the same level as the previous 3. Maybe it's coz I felt those two episodes were rushed a bit and a lot of things were fit into it.

I want to add that I think the show is overhyped though. Don't get me wrong it's great. But some people go on about it as if though it's absolutely GOAT.

I'd like to finish off by saying that Walter White will go down as one of the greatest characters in tv history. Absolute legend

Breaking Bad spinoff Better Call Saul will "stretch the boundaries of what it means to be a drama", according to AMC vice president Joel Stillerman.

The network's boss Stillerman has now told The Wrap that Gilligan is just "starting to break [the] story".

"You know, [we're] taking an inherently funny character and surprising people in both directions," the executive said.

"It's an hour show, it will be a drama, but it will also be very funny, as Bob's character was on that show."

Gilligan recently revealed that Better Call Saul could serve as both a prequel and sequel to Breaking Bad.

"We think, by and large, this show will be a prequel, but the wonderful thing about the fractured chronology we employed on Breaking Bad for many years is the audience will not be thrown by us jumping around in time," he said.

Odenkirk has disclosed that he is researching Better Call Saul by spending time in courtrooms.

Better Call Saul, which focuses on the evolution of Bob Odenkirk's Saul Goodman before he became Walter White's attorney, will debut in November. (A specific date has not yet been determined.)

Read somewhere that Aaron Paul and Bryan Cranston are actually interested in starring in this. Not sure though how reliable that source was. Maybe just some help behind the scenes, but not acting I believe.

Better Call Saul has potential to be a good Black Comedy. Bob Odenkirk is hilarious, he will be a great lead. And of course, it's being made by the writers and creators of Breaking Bad, so it's in good hands.
_________________
#JUSTICE4

Jonathan Banks is confirmed to be a series regular for Better Call Saul.

Page 20 of 22
Permissions in this forum:
You cannot reply to topics in this forum
Latest topics
» Who will be the Democrats' presidential candidate against Trump?