Ramming into Gotze purposely and then gifting Dortmund the first goal.

With Ramos also suspended and Albiol injured, we could have a central defensive partnership of Carvalho and Varane for the Sociedad game. From there on Ramos and Varane would likely be the CB pair till Pepe recovers.
_________________

What in the world am I reading? This just came out of nowhere. Anyway, he will be back for United.

..Wish it was Ramos instead tbh.

@The xcx wrote:Dem, not pepe

..Wish it was Ramos instead tbh.

Don't wish injuries on any Real Madrid player, we could do with a break from injuries especially in the defense, hopefully Pepe and Marcelo recover their full forms before the Champions League game against United.
_________________

It was an exaggeration tbh. If I had a choice between these two it would have been Ramos tho. Cant belive his kind of players still play for RM.

Sucks.. Though I hope we bring back Carvajal in the january transfer...

Ramming into Gotze purposely and then gifting Dortmund the first goal.

he has lost his youth, his physicality is gone. no speed or strength thats all he had. his brain seems even slower than before and there was little there before.

His problems started after the surgery on his ankle, he's not been the same player since, Mourinho wanted him to do it earlier in the season in order not to miss crucial Champions league matches but he decided to postpone it to spend more time with his family on Christmas.

He was totally abject in the 4-1 defeat, responsible for at least 2 avoidable goals. I think his cycle at Real Madrid has come to an end, whether or not Mourinho stays. I believe we still owe 50% of Garay, I'd love to have him back in place of Pepe.

He and Arbeloa are contending for worst player of the season, it all went downhill in the Galatasary match, Essien got injured, Arbeloa was introduced and suddenly Galatasary gained control of the match, to top it all, Arbeloa got a red card in the same match, meaning Mourinho had little choice but to play the 3rd choice centre back, that decision among other contributed to the humiliating loss at Dortmund.
_________________

Shame he is going to get benched once Varane returns when Ramos is the one who should be benched. 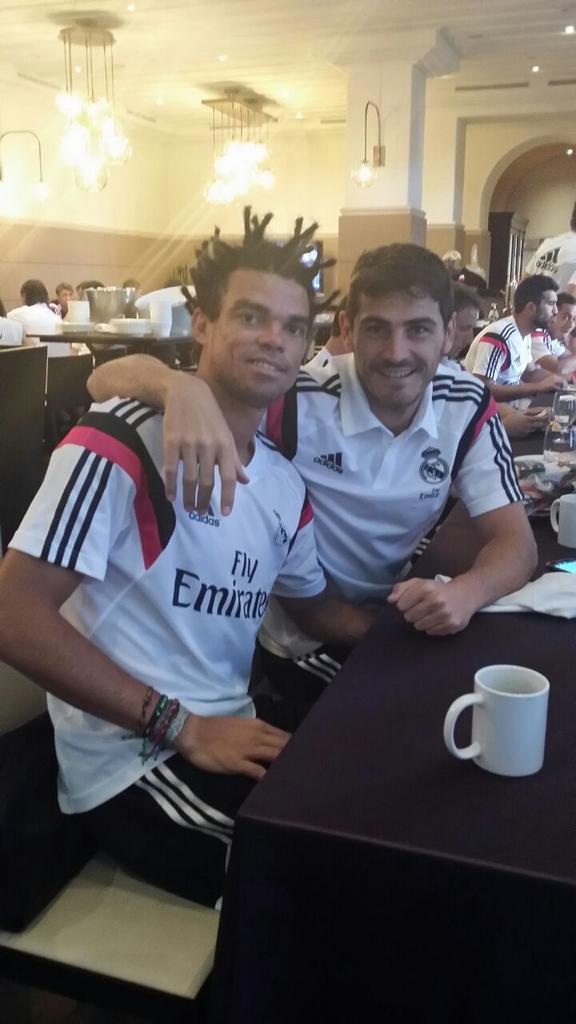 god wtf is wrong with him 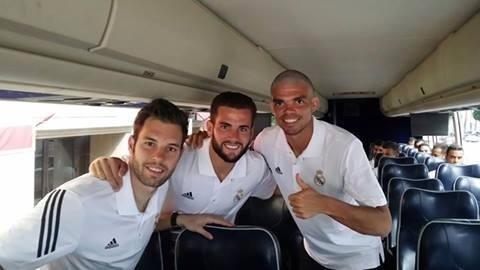 Yeah, I'm pretty sure he was just goofing off one last time before shaving his head.

Has anyone noticed that pepe doesn't hoof the ball anymore. Infact, his passing seems to be just as good as any good ball playing defender.

Last time he constantly hoofed was under Mourinho, he never does it for Portugal and seldomly does it under Carlo. Those who complain about him "hoofing" are those who are trying to clutch at any straws to justify why he should sit on the bench. Fact is Pepe was our best defender last season and has so far been our best defender this season
_________________