Why do you single out Frenkie when he has to play alongside garbage Rakitic and 4'8" Puig? He's the best out of the 3

Puig has been Barca's best midfielder. FDJ, is a simple player. He is absolutely not good enough to play as a DM. He doesnt have the traits to play as a DLP and doesnt defend well enough to be the CDM. His place is as a CM although if you put Puig in his player with the established players you wouldn't see a drop in quality because FDJ has not set the bar high with his displays
_________________

Griezmann is an absolute joke

Barcelona register their first shot on goal on 68th minute

We are done without Suarez

Ibiza playing rugby at this point

Griezmann couldnt afford to miss this one, goddamn pleb

Always like how Hala does hope for things that really shouldn't even warrant a viewing. Barcelona wasn't gonna lose this even if FDJ isn't exactly the midfielder Barcaforum think he is or that Antoine honestly hasn't settled in this team at all.
_________________

Ibiza? Isnt that a place for parties or something? We almost lost to such a team, from second or third division? Lol, would of been some embarassment like Real used to get in the 2000s so often Lol.

Some of the the above comments shows some fans just dont watch the games probably. From what I saw, the big thing this game showed was players who belong in Barca B should stay there ffs - Puig. No idea why all the priase. Yet another game he did fuk all for us. Same goes for the likes of Roberto who was captain, embarassing performance again.

De Jong, Grizemann proved why they are WC. Rakitic is clearly finished. Fati did offer bit of penetration and effort but thats about it. We arent got much else until Arthur and Vidal came on.

I think we do NEED an emergency buy up front to help score goals, although I guess our board wont do it. Messi and Grizemann dont think is gonna be enough if we wanna win something this season.... 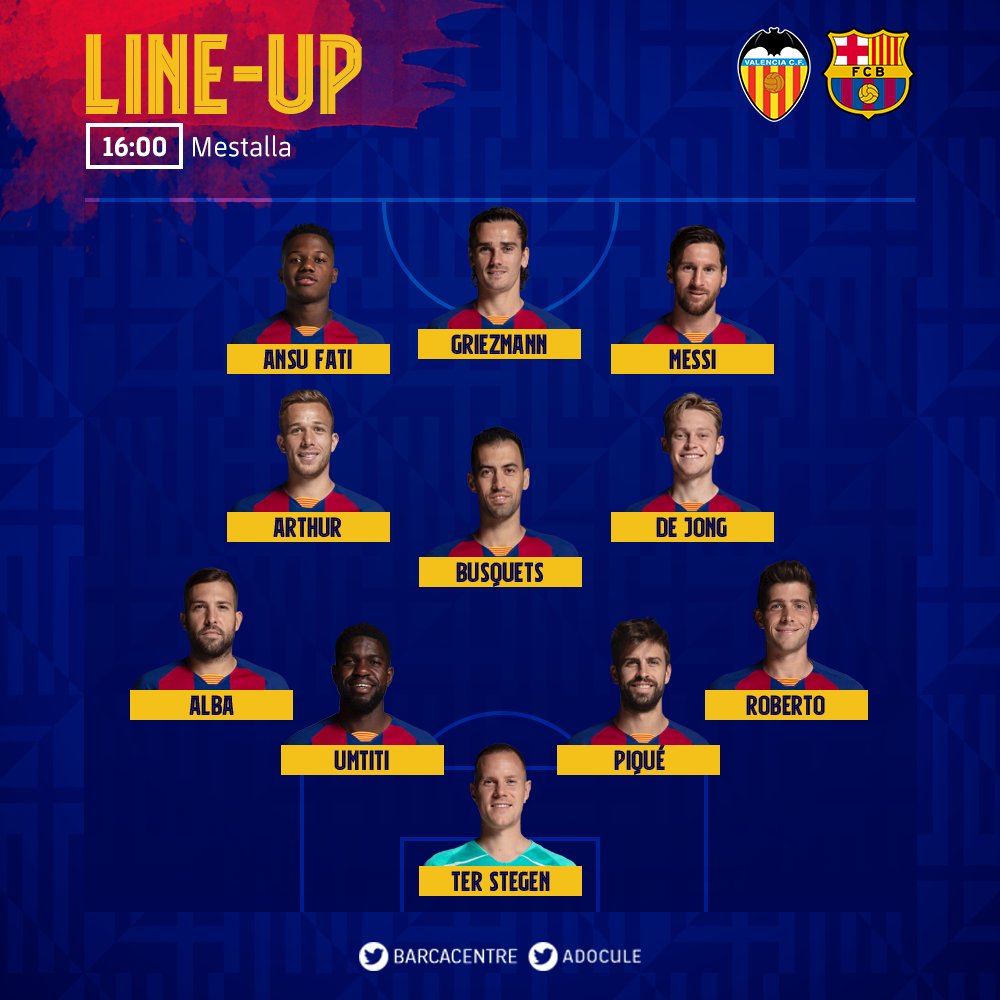 why does no one rate Semedo lol, he's miles better than Roberto

With this shaky Barca team anything is possible, we could win 3-0 but we could also lose 0-3 or draw 2-2. No idea what the future holds tbh

Page 8 of 27
Permissions in this forum:
You cannot reply to topics in this forum
Latest topics
» UCL R16 2019/20 | Atalanta Vs Valencia

Today at 3:02 pm by The Demon of Carthage

Today at 2:49 pm by FilthyLuca