Quoted in order to be appreciated 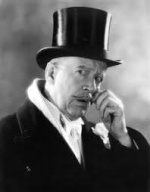 Russia needs to go out, they have nothing to offer, i dont want to be forced to watch them ever again, OUT

but Spain will flop this, Ramos and PKs

"The BLEW is that goal!"

Where is that ref from?

RG i will never forgive you for denying us this moment on the chat ffs
_________________
Madridista naci.. Vikingo sere y Merengue Moriré

Iniesta my main man. Going first like a boss.

@Mr Nick09 wrote:I did not expect him to score all goaols for his team, i expected him to be better than what we have seen. And from what i recall, even Messi picking up the ball 40 yards from goal is still as deadly a playmaker we have seen.

He just played poorly this world cup, simple as that

He's really not though, because he manages it once in a while doesn't make him dangerous from there.

I just struggle to understand what you expect tbh, he was receiving the ball in areas nobody can consistently do damage from.

This isn't a Messi exclusive thing either, I won't criticise Ronaldo or any other forward in history in the same scenario

For him to meet your expectations with the areas he was given the ball he'd have to repeat things he's done only a few times into a close to 15 year career.

Pique coming up to make amends.

is there anything sweeter than penalties?

De Gea isnt the best at pens, think Russia will nick it

The walk up for the penalty has to be the most uncomfortable thing to watch in sport.

Spain just have never been able to replace puyol’s leadership, villa-Torres partnership and of course Xavi. Cesc’s omission made no sense either.