I'm watching Sky Calcio Club or what is it called and Caressa said that the Udinese fans cheered when Ronaldo scored.

It is supposed to be the worst Serie A that I remember.
VAR that exists on paper but indeed it doesn't work anymore* ( definitely worse than not have it )* , DAZN streamings that are a torture (basically you can't follow some matches now),
the ignoble stew for the matches ( my ideal football has the most number of matches on Sunday afternoon),
expected winner league already after 4 matchdays.
But well, how could you miss SPAL - Atalanta on Monday night !
I wonder how i'ts hard to care about Serie A even in Italy, let alone abroad 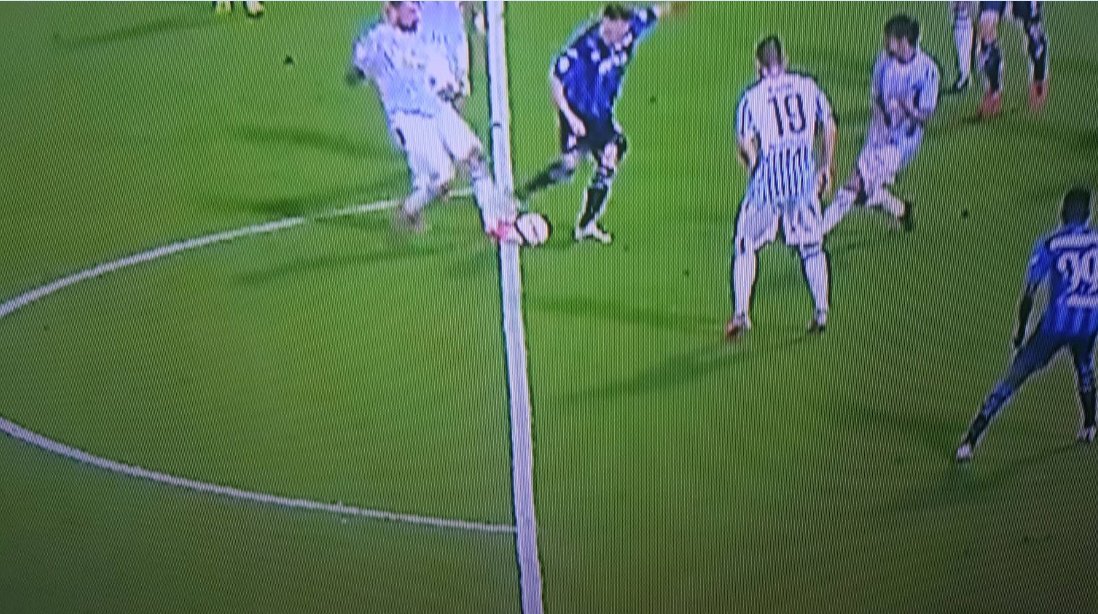 * another rubbish after Inter-Parma (ref didn't give penalty also here even though VAR)
They have ruined a wonderful thing as   VAR was.

Who complained about VAR because it interrumpted the game

he is glad now , enjoy this dump

Milan and Inter seem to have the same problem. The players do not seem to have been drilled sufficiently to implement "automatismi" in various game situations. Perhaps the players need more time to learn their respective manager's rules for different situations.

And SPAL is in second place.

I believe him tbh, still only 36 so 2 years to get them into La Liga and he can go down as a club legend

not sure about this part though

This island gives me peace of mind and I want to raise my family here.

Still not quite sure who in their right mind would play Kevin Prince Boateng age >30 as striker, but hey, I'm getting fantasy points out of it

It's working great. He looks refreshed for Sassuolo and seems to have found a role that fits. Before in Serie A he always looked put of place. Only time when he really clicked was playing with Ibra.

Babacar is good enough to be Sassuolo's CF imo. So when/if KPB stops working they will be fine.

Love this early season's scheduling the only consequence is we can watch more games of football. Not gonna complain. Around week 9 the calendar becomes classic again, all games on sunday PM + 1 match for the evening

2018-19 it's more difficult to find quality streaming... only low-quality russian links are reliable.

Here's a diff angle from that goal, he ran 3/4 of the field pic.twitter.com/Qfn7JAGJxa

The type of goal that i score vs noobs on Fifa

Pjaca with the first goal (@Firenze) and Milenkovic with the second (@robes).

A GK error and then a defensive mistake from SPAL.

Immediately after Defrel scores for Samp from offside - disallowed

The emotions in this game

Jankto wasted tons of balls, might have to put him in "failed hype" category...

Frigging hell, is VAR going to go back to an offsides or foul that occured 5 minutes before a goal and dissallow a goal?

Napoli getting it done in Torino. Verdi just scored a fine goal. They should easily have 3-4 more in this one.

that was some goal, shades of Ibarbo

Is Italian League really that boring or is it just the commentary??? I was literally dozing-off (granted, I was rather tired) watching the Turin-Napoli game. It seemed to be rather interesting but the commentary...

Also, does the Italian stadiums/games truly lack any atmosphere or is it just the quality of shooting, sound etc.??? Page 30 of 40
Permissions in this forum:
You cannot reply to topics in this forum
Latest topics
» Who will be the Democrats' presidential candidate against Trump?