The Real (sorry) story behind his downfall.

While we all know how Karim Benzema has been dropped from French team and has been treated poorly by French Football , there's more to his downfall than many know.

Before we go into different matters he's been involved in, let's get into the most infamous one - The Valbuena Case.

The Valbuena Case : What exactly happened?

One of the people related to the French National team had gotten hold of Valbuena's Sex tape. This individual passed this video on to a local French guy for a hefty sum. Though this local French guy -name not revealed- did call up Valbuena over the sex tape he ignored it, initially. That was when this guy got in touch with Karim Zanetti , a close buddy of Benzema. While many have said Benzema should cut ties with his old buddies, this man still owes it to those boys who bought him is boots, jerseys and food during pre Lyon days. They grew up together and helped each other as well.

Getting back to Valbuena's case , Zanetti was told to discuss this matter with Benzema to let Valbuena know the un-named guy isn't lying. A concerned and then French captain Benzema talked it out to Valbuena. The only question Valbuena asked Benzema was

Though the intention was to tell Valbuena to get rid of the issue, he instead went ahead to the police and reported this. Thus when the case broke out , Benzema was the one accused as he talked to Valbuena about this.

Since the (unnamed) guy has finally spoken out and witnesses have cleared Benzema, the case still hangs on.

Result of this? Benzema lost his captain ship, his goodwill among the French fans ,lost support of the FFF and the Coach has ruled him out.

Many may wonder why would a National team snub Benzema .

Remember the famous interview where Benzema told Deschamps, that he bowed to racist political parties ?

Though the ongoing case was the main reason for his snub, his comment further killed his chances as Deschamps decided there's no Benzema comeback under him (at least any time soon).

But what has Benzema lost out on since last September? After the coming of Deschamps and new breed of French stars post the worst French era (2007-2012) , Benzema was finally going on to become one of the most prolific French National star, his goals and assists tally from 2013-2015 showed that he's on the right way to lead France to Euro triumph. Who could forget Benzema's World Cup heroics and then going on to he awarded as the Best French Player and top scorer?

What's more worrying is since his last game (2 goals and 2 assists in 4-1 win) Benzema's second choices like Giroud and Gamiero have added on whooping 17 goals over last 1 year 2 months time frame with a lot of friendlies.

Benzema thought 2016 would be his year and he would lead France to glory but none of that happened. He missed out on his chance to become No. 1 French scorer in the history, a chance to win Euro and potentially a Ballon D'or final nomination which he always wanted.

Did anyone know about Benzema's personal life ?

Karim Benzema was at peak of his life when he finally fell in love after his long time friend Chloe De Launay. His close pals say, some his best performances came along when he was with her. But, just before the Valbuena saga, Benzema was planning on getting married with Chloe. Benzema also has a daughter with Chloe called Melia.

Yes, that's his daughter that he flaunts around on social media. The marriage between them never happened though, and it was a highly emotional moment for him. Nobody really knows what went through but Chloe decided to call off the wedding with him in Early 2016. Sources close to him said this was the biggest crack in his personal life and the one that started his downfall. What could have made it worse?

Melia was taken away from Benzema as her mother claimed custody after a legal battle with Benzema. Most of the photos you see today are Benzema's old pictures with daughter Melia.

A shattered Benzema was left humiliated by his French Fans , FFF , Coach and further left alone by his love , deprived off his daughter.

One of those simple men from the most dangerous Neighborhood in France that also produced Zinedine Zidane.

He was a small time worker and part time farmer. Supported Benzema during his highs and lows, but always wanted his son to do big for France. Few people know how strong some political parties are in France and how the islamophobia drove things there post the Paris attacks. While Islamophobia was a factor, Benzema was a migrant as well, originating from Africa.

When these things added on with the Valbuena case and the National Anthem Saga, Benzema's home became a target of these local protestors. Benzema had to tell his father to shift to Spain in a new villa purely for security reasons. This sums up the struggles he faced.

This may probably be the last of Benzema, one may see on top level football. Spanish media and fans have been very cruel to Benzema this season.

What are your thoughts on this?

This sums up the struggles he faced.

1. Disowned by his Country.

2. Disowned by his Love.

5. Attacked by his fellow Frenchmen

Depression affects your body alot. I've been depressed so I know, you're just not as healthy as you're usually when you're depressed. My hair and skin were becoming very dry when I was at my lowest and I was just very lazy and uninterested in everything. Tried prescription drugs but they only made it worse.

I don't know if depression can give you a actual physical injury, but it did affect me physically imo. Maybe that's why Benzema has such a hard time keeping fitness

@guest7 wrote:Depression affects your body alot. I've been depressed so I know, you're just not as healthy as you're usually when you're depressed. My hair and skin were becoming very dry when I was at my lowest and I was just very lazy and uninterested in everything. Tried prescription drugs but they only made it worse.

I don't know if depression can give you a actual physical injury, but it did affect me physically imo. Maybe that's why Benzema has such a hard time keeping fitness

I've never been depressed myself, so I have little knowledge about it other than what I've heard and witnessed through people who have suffered from it, but I do know that the dry hair and skin, and many other of the physical side-effects of depression, is often a direct result of malnutrition, lowered physical activity and changes in diet that typically occur during the state of depression. I don't know if these things can occur, purely based on one's mental state. If they do, I wouldn't be overly surprised. In extreme cases, humans can even simulate the physical state of pregnancy through sheer belief in being pregnant, even if they aren't capable of giving birth to a child. From what I've witnessed personally, malnourishment, dehydration and sometimes the complete opposite - "comfort eating", coupled with self-loathing and lack of basic exercise are the typical causes that lead to physical side-effects of depression.

I'm not claiming that Benzema isn't physically affected by it, only the people closest to him truly know whether or not that's the case, but I'm pretty sure that his diet is covered by someone designated to oversee, or at least prepare what he consumes. I don't know how he's been performing in training, but evidently it's been positive enough for Zidane to start him whenever he's been seemingly fit. I, like many others, acknowledge that Benzema is a top, top talent. When he's fit and in-form, there's no other striker I'd rather have. Problem is that he's struggled with both fitness and form more than once, I daresay, and so the persistent complaints about him (in general) have been directed towards his long-term consistency, rather than his quality.

As a professional footballer, he's lucky enough to have people around him who can help him maintain a relatively good physical condition, at the very least. If his mental state really is in a serious condition, then that's all the more reason not to put pressure on him by starting him every week. Unless, of course, the person behind that Reddit post knows more than Zidane does.
_________________ 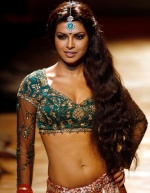 Don't know about his mental state.

But he had a sports hernia in his first season at Madrid.  After that he was extremely durable until last season... where he had knee problems early on.  He tried to come back too early, compensated and injured his hip.

His hip and knee have been the issue over the past 18 months.  They kind of play off each other.  My sense is that he's playing cautiously because, in the recent past, he's come back and tried to go 100% right away and just gotten hurt again.  He's trying to build himself up so he doesn't get injured again.

Is that something that works for Madrid?  I don't know.  I do, however, understand an athlete being careful after multiple injury issues in the same area over a short timeframe.
_________________

Why are you posting lies?

Police recorded his conversation with Valbuena and poor little innocent Benzema said he saw the video on phone. Then when judge asked him about it he flipped and said "I don't know why I said that sometimes I'm dumb"

Not to mention that his childhood friend is also involved in drugs and is on Benz' payroll.

He may well be under depression, but most of it is by his own dealings. Sports may well have explained his injuries, "out of shape", "invisible, low energy".

Bottom line is if he plays like he did on Wednesday the criticism will disappear.

But if the intention of this thread was to make us feel sorry for him, you don't get that by not posting the entire story at the root of his problems.

Today at 5:30 pm by Arquitecto

Today at 3:51 pm by Arquitecto

Today at 8:40 am by BarrileteCosmico