Yeah Messi is absolutely useless for Argentina. It's obvious now.

Unbelievable. Algerian coach rajevac who basically had one game (for the record he didn't even pick the starting lineup and I still think we weren't terrible) got sacked because brahimi and feghouli decided they don't like him

Unreal. Our FA and NT is a mess but hey, we're Algerians so I'm not surprised, we always manage to *bleep* up despite being ridiculously talented.

If we can get bielsa we are gonna kick ass. He will whip those pieces of shit back into the team (brahimi) and we need a hardass as a coach

He'll gonna make sense once he gets back to the team.

@FennecFox7 wrote:If we can get bielsa we are gonna kick ass. He will whip those pieces of shit back into the team (brahimi) and we need a hardass as a coach

Try Felix Magath. He will make them train so hard that they won't even know their name anymore nor have any energy left to conspire against the coach ^^
_________________

Fifa sanctions Bolivia for fielding an ineligible player against Peru and Chile. The results Bolivia got agaisnt them in September (a win and a draw respectfully) were scratched and Peru and Chile were given wins.

how can you be that incompetent.

Bolivian FA claim that FIFA have reversed their decision regarding the points deduction; Argentina are back above Chile

We have 2 points after 10 matches. What are Bolivia bitching about. They're as crap as us.

We're the South American Germany. Average in friendlies and qualifiers, GOAT in tournaments.

Just without the world class talent, league and 5 World Cups 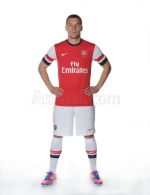 @RealGunner wrote:Bolivian FA claim that FIFA have reversed their decision regarding the points deduction; Argentina are back above Chile

It's a friendly, but Netherlands-Belgium today should be good

I hate to say, but the UEFA games on TV today look kinda crap. You have England v Scotland which maybe would have been interesting a hundred years ago, but now is about as interesting as a match between Notts County and Dumbarton. I suppose France v Sweden might be Ok, sweden, allegedly have a fine crop of youngsters coming up. I am usually really happy when they show a "mannschaft spiele" here on the Iceberg, but today's game is vs San marino. To be fair, the Armenia vs Montenegro game has been entertaining.

The Hex begins today for CONCACAF teams, the hex is probably the most entertaining qualifying in the world because of the parity between the teams. Yes Mexico, USA and Costa Rica are probably the favorites, but the other teams are not far behind, at least i hope they aren't. USA v Mexico is on tonight, which should be good, USA always win these games 2-0.

I guess I am going to don a kilt and go for Scotland today, though one really doubts they will even get a draw.

Can't believe Sturridge is getting a game tonight lmao, Does ENgland not have any strikers or has Southgate made a judgement on Studge's 10 min spell against a beleaguered Watford side where he should have had a hattrick.

I was kind of hoping Burke would get the start for Scotland.

Germany are starting a couple of new guys (Gnarby and Henrichs) with terStegen in goal. I seem to recall the last time he played for Germany he was terrible.

Scot's not doing badly, actually doing much better than I thought they would. Not impossible to see them get back in this.

They should have scored

Scotland deserved more from this game, they had more chances to score.

Page 16 of 32
Permissions in this forum:
You cannot reply to topics in this forum
Latest topics
» Best Right Back in the World: Alexander Trent Arnold