How does it feel to fail to get out of the groups?

Man if Mexico fails to qualify it'll be hilarious

Congratulations, you won a meaningless showcase tournament. How is that "golden generation" working for you now?

In all honesty, I think there are only a handful of teams that are great, every other team is just hoping they find their form at the right time.

Mexico had one of the best 2 year runs for a country I have ever seen, and it looked like they were on the verge of taking the sword to South America, but now they don't even know where the goal is.
_________________

yuh Gold Medals are meaningless. Especially when you have to beat the turrible brazil...

And this generation is doing just fine. Thank you for asking. GDS, Reyes, Aquino, Herrera will all be enjoying top European football(no eredivise). That squad has nothing to do with how terrible we are are playing atm(except salcido).

And that 2yr run wasn't that great...All we did during that period was win gold cup against you, and won a couple friendlies here and there. We looked clueless when going forward. Oh yeah we still do.
_________________
My name's unique and I've drunk more beer and banged more quiff and pissed more blood and stomped more ass that all of you numbnuts put together.

Outside of the women's game, they are meaningless, it is essentially the Toulon tournament with better trophies

@Motogp69 wrote:Outside of the women's game, they are meaningless, it is essentially the Toulon tournament with better trophies

Lol even you don't believe that


I was only talking about that players were in the olympic squad. Howard Bradley Derpsey etc are all established players. How many of your youngsters are playing in europe?

And where did i say top European clubs? I said top European football referring to La Liga and the Portuguese league.

And yes all those clubs are better than United.

@Motogp69 wrote:Outside of the women's game, they are meaningless, it is essentially the Toulon tournament with better trophies

Lol even you don't believe that


I was only talking about that players were in the olympic squad. Howard Bradley Derpsey etc are all established players. How many of your youngsters are playing in europe?

And where did i say top European clubs? I said top European football referring to La Liga and the Portuguese league.

And yes all those clubs are better than United.

At least we agree on something, cheers mate

@Motogp69 wrote:Congratulations, you won a meaningless showcase tournament. How is that "golden generation" working for you now?

In all honesty, I think there are only a handful of teams that are great, every other team is just hoping they find their form at the right time.

Mexico had one of the best 2 year runs for a country I have ever seen, and it looked like they were on the verge of taking the sword to South America, but now they don't even know where the goal is.

you speak so badly of tournaments, is that because USA barely wins anything? our "golden generation" has won 3 gold cups since the last time USA has (4 in total compared to our 9).. I know the gold cup, who cares? Well you see that's the only comparison I can use against USA because that's the only trophy you guys have ever won. 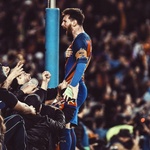 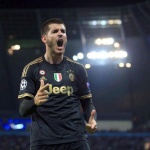 Last night was not without its problem:

1. Becker-MAN, just didn't look comfortable at all being the creative DM, he's better as the destroyer clean up man playing the Goodson role. Probably didn't help that he had Castillo with him who really wasn't offering much of anything. In spite of this, still should of had a goal but failed to put it away. Can't miss chances like that, not at this level with so many talented players ahead of you in the pecking order.

2. Dear god will we ever get our back line sorted? The number of errant back passes would of killed us against a better team like Mexico. Beasley put in another 90 minutes of good work. Goodson did eventually settle in, but Parkhurst offered nothing going forward at RB. Gooch should of been the veteran in the back to settle things early, but he was largely at fault for the majority of the issues.

Admittedly, I did like how he was using his physical presence to boss things in the second though. It worries me, but I will reserve judgment on the back line until they play a game that means something together. Not sure if: 1) they tightened things up in the second; 2) for once Jurgen allowed our offense/possession to be our defense; or, 3) Guatemala stopped trying.

3. Why are we not able to vary our attacks to keep genuine width in our game. We like to find something that works and then keep doing it over and over again instead of varying our attacks. In the first half we forced everything down the left and the middle of the pitch. Creating the majority of our own problems in the passing lanes by allowing Guatemala to press us harder than they should of been able to. Also didn't help that it seemed like the entire team had the first touch of a rapist last night in the first half.
_________________

Now, there was a ton of good:

1. Jurgen should be complimented for making best use of his substitutions. I understand it was a friendly but if he was willing to actually make changes like that in a meaningful game, especially at the half, then perhaps he can turn into the coach we thought we were originally getting.

2. Donovan put 2 goals in the back last night in his comeback. He scored the first goal by drawing a professional foul, which I'm typically not a fan of, but it was enough contact that he was going down either way. He loses points for not letting Holden take the PK, but that is neither here nor there. The second goal was just a clinical finish off a good ball by Holden. The good thing is the key to Donovan is the same thing that makes Dempsey so good, their off ball movement is world class, he was doing work all night long to create and open channels for the rest of his team. Nice to have him back in the mix. Never hurts that he never fails to find the back of the net.

3. Hercules is a one man wrecking crew up top. Dude just knows how to bring the rest of the team into the game, and always seems to make the right decisions. Although, it leads to a different discussion of how US Soccer didn't identify him or Wondo at a younger age, but that is a discussion for a different day.

4. My favorite part of last night, who I will affectionately call the 4 horseman of the apocalypse: Beasley, Shea, Mix, and Holden. Those 4 had some Jedi mind shit going on all night. I could write 3 pages describing everything that they did right, but I'll just leave it with the smile on my face. I really hope they get a run out in the first game, because everything about that group was refreshing. Although, I'll ask one question that was bothering me all night, did Mix get a really big growth spurt since the Russia game? Dude was as tall as Shea, and I don't remember him being that tall the last time he got a run out with the squad.
_________________

Costa Rica parks the bus and counter attacks better than any other team in the region. They are ridiculously hard to break down and they know how to play team defense and wait for their opportunities.

I am so happy to face Honduras because if they attempt to play the up and down style they did against Costa Rica with us we could score another 5 goals or more in that game.
_________________

Top display in Baltimore today from the boys.

Donovan put out a statement with that performance.

Loved Mix Diskerud all game and thoroughly deserved his goal.

Nick Rimando came up with clutch saves, as he usually does. Unlucky to lose his clean sheet, but anchored the team well.

Beckerman....still not sure what to make of him at DM. Does the simple things really well, but when he tries to do more than that..it doesn't come off.

Besler looked pretty good back there, but Goodson...not so much, despite a well taken goal.

Parkhurst was given a torrid time down his flank in the first half, but Beasley did well down his flank and got forward to good effect. His touch and the turf let him down at times, but he always bounced back with the ball in front of him so his marker had his work cut out all game.

Wondo didn't quite reach the heights of his previous game, but put in work like everyone else. No goal to show for it.

Eddie "Simon Phoenix" Johnson did just that though and with his first touch...sumptuous, typical header from him and he didn't let up after that. As good as he was in his KC Wizard days.

How is USA defence for this Gold Cup final ?

How is USA defence relative to Panama ? My view is USA is not known for having a good defence, but against a much weaker team such as Panama, the defence should hold easily. 8 out of 10 for its defence in this Gold Cup 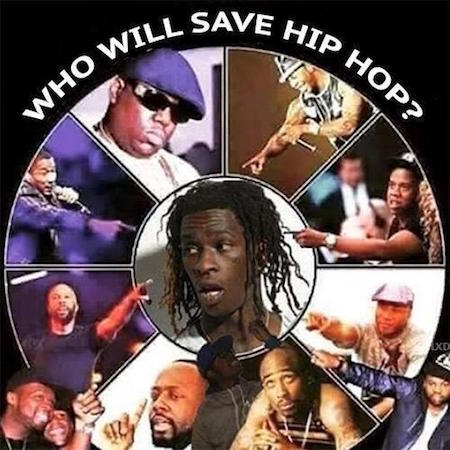 I think most important is their key player Donovan is around

The issue with the US Defense is that we are relatively poor at marking on free kicks and corners, other than that we almost never give up a goal in the actual run of play. If we can keep the free kick and corner count down to a minimum Panama won't score.

I just hope they keep Gonzalez on the bench, because Goodson and Besler are our best pairing right now (of those in this squad) and they are the best CB's going forward.
_________________

Says more about the Concacaf than anything else tbh.

It's equivalent to Euro and Copa America so FU