The Road To Winning La Liga

The Road To Winning La Liga

These are our next 6 matches and they are very tricky ones especially against Valencia and Atletico Madrid.

Barcelona next 6 matches are easier compared to us. Tricky games for Barcelona are Bilbao which is played between two Champions League games Barcelona has to play against Milan so it's really a game that Barcelona can slip and also against Levante

These are Barcelonas next 6 games

So if we win our 6 next games we'll get 18 points out of 33 points left and considering the +8 (really +7 cause if we draw four times and are level with Barcelona in points that would mean they win La Liga, but of course there is another El Clasico so that could change) I think that La Liga would be already won cause on our 5 left games we have on our calendar these games:

So we would be in a very good position cause we could get three draws out of these very tricky games or 1 lost games and 2 draws so that's a very comfortable position to be in and I think that the key to winning La Liga even though we are 8 points clear of Barcelona is to win our 6 next games.
_________________ 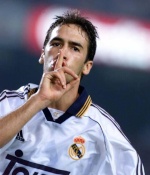 All this means nothing in actuality. We took a hit truth be told and what matters now is we take it game by game; next match is very important and we have to react.

What we have learnt at this stage and thanks to a good cushion of points, is that winning by a goal is not going to cut it as we will concede.

Did any of you look at how many games of the last say 10 games we havent conceded a single goal in a game?

Once you take a hit, your rivals will gain hope; them gaining hope adds to the stress and pressure on our team. It's like a snowball, fear feeds fear, and hope yields more hope.

That's another difference between the success of MAdrid as a club and Barca as a club. It's that they believe they can win, and also the fans of barca are more merrier than those of Madrid fans.

Valdes sucks, everyone knows that, but you dont see a barca fan slamming valdes, whereas you see plenty of madrid fans slamming Kaka for example and Lassana despite that both have contributed alot to the quality and success of madrid's season so far.

Everything is important and every minor detail has a ripple effect.

That's what going to win Madrid La Liga in theory and in practice in my opinion. 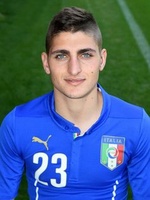 Wow the chances for Barca are slim...

I put draw on Osasuna, Gijon and loss vs Barca and we still had a 1 point lead... (and Barca won all their games)

GG no re Barca, Pep is honest... There is no chance you will win the league lol